Il Cantante Mascherato (The Masked Singer) is a franchise featuring celebrities in head-to-toe costumes and face masks which conceal their identities from other contestants and the audience. Based on the South Korean show King of Mask Singer the first season of this Tv show in Italy was produced by RAI and showed on the channel “RAI 1“. Starting from the 10th of January, it will be on air for a total of 4 episodes and Eventix Group is the company that provided the audio system for the entire show.

In particular, we used n°2 mixer Yamaha CL5 connected with n°2 Rio 3224 converted with n°2 Dante Madi RMio directly connected with the external Obvan. We used two clusters with n°6 Y8 and n°2 Y12 and another central cluster with n°4 Q1 and over ten front fill Rcf, TT52 model.
For the audio monitoring into the stage, we used two clusters with n°3 Q1 and Wedge Bose MA12  to covering the backstage and both side of the stage and n°4 UPA 1P Meyer Sound.
To cover the audio of the jury, we used n°4 speakers d&b 4S, chosen to minimize the visual impact of the shooting.

Finally, but not less important, to change the voice of the singer and give a mysterious effect during the live performance, we used n°2 audio servers with the “soundtoys” plug-in. 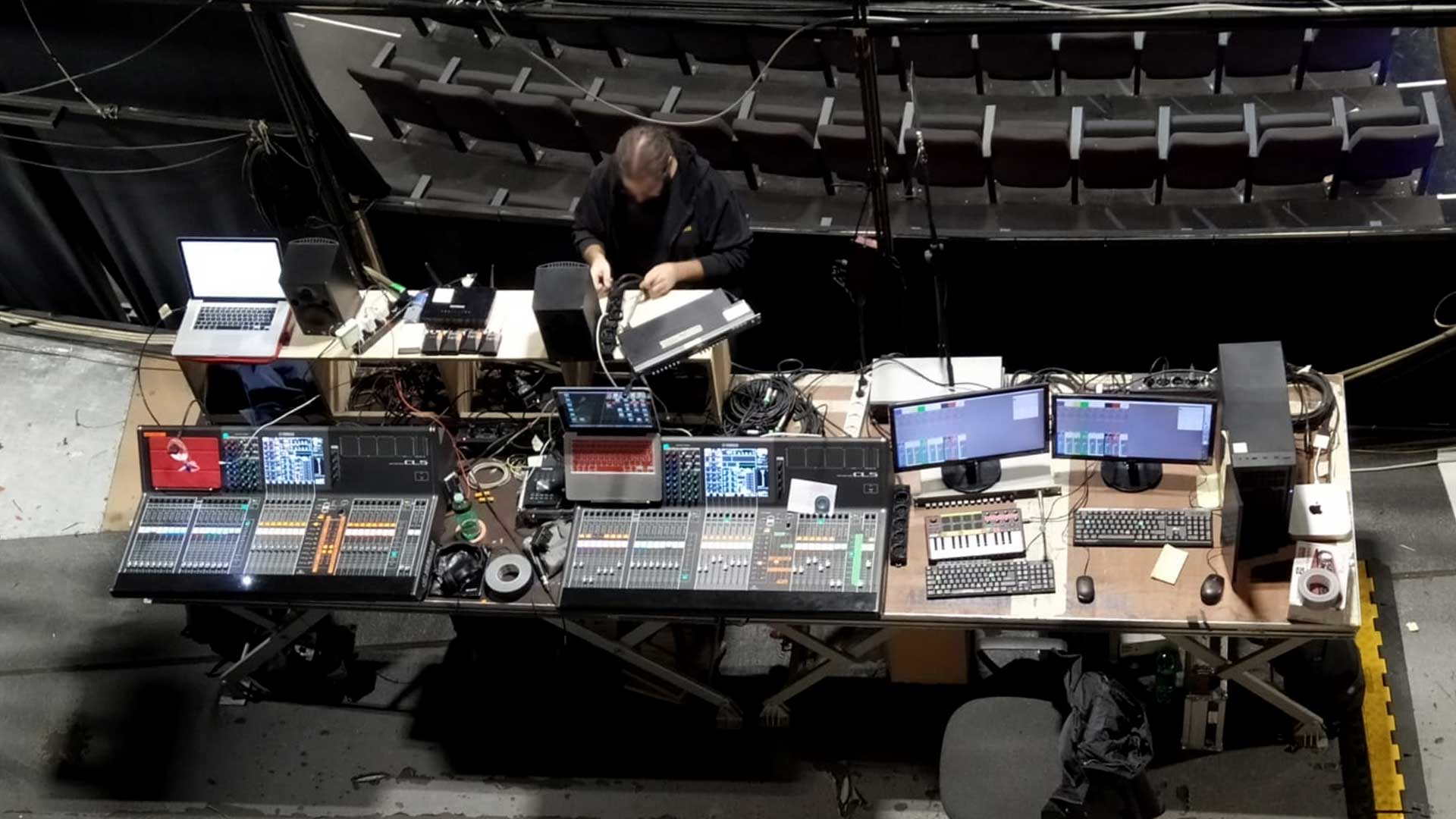 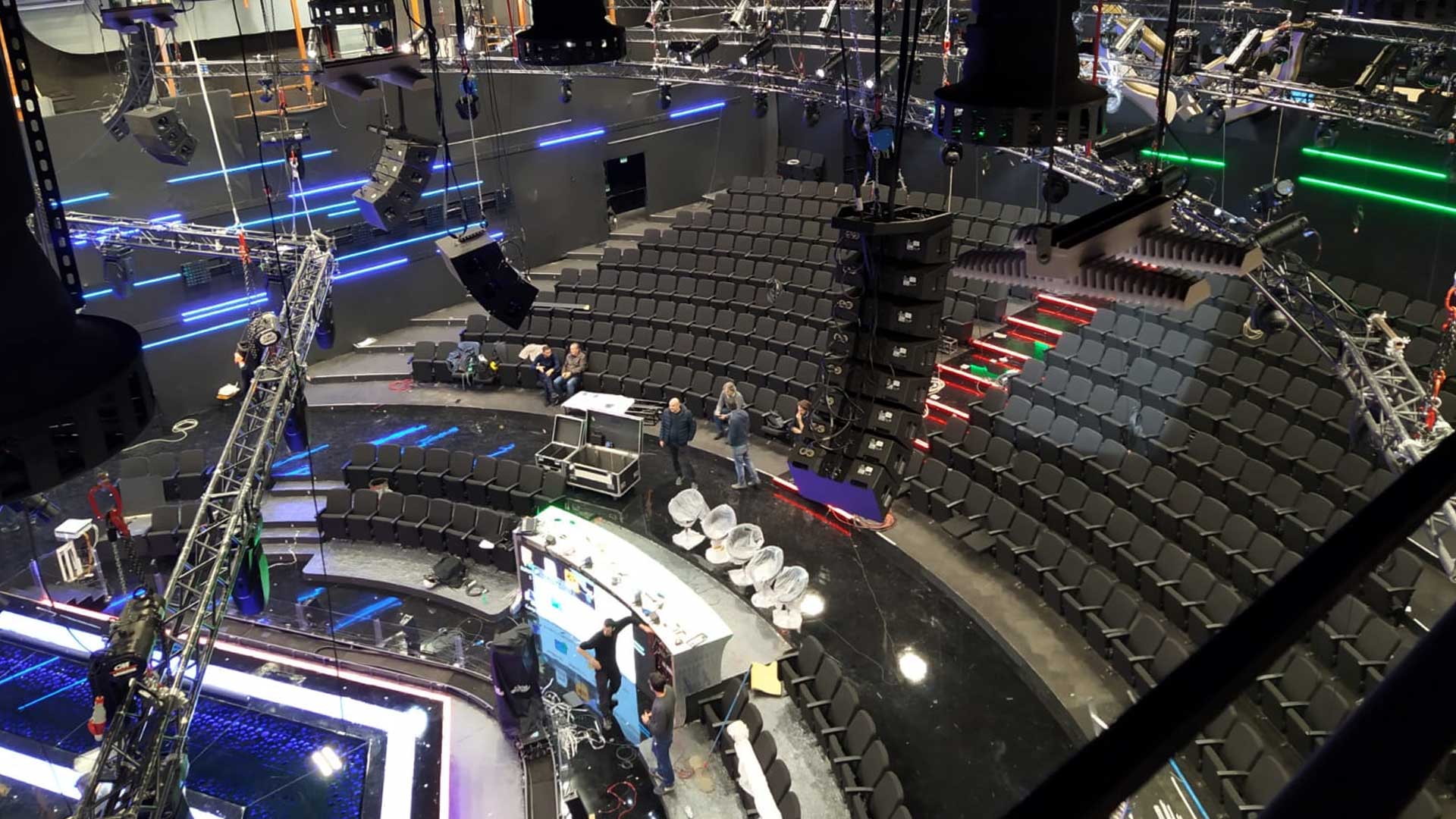 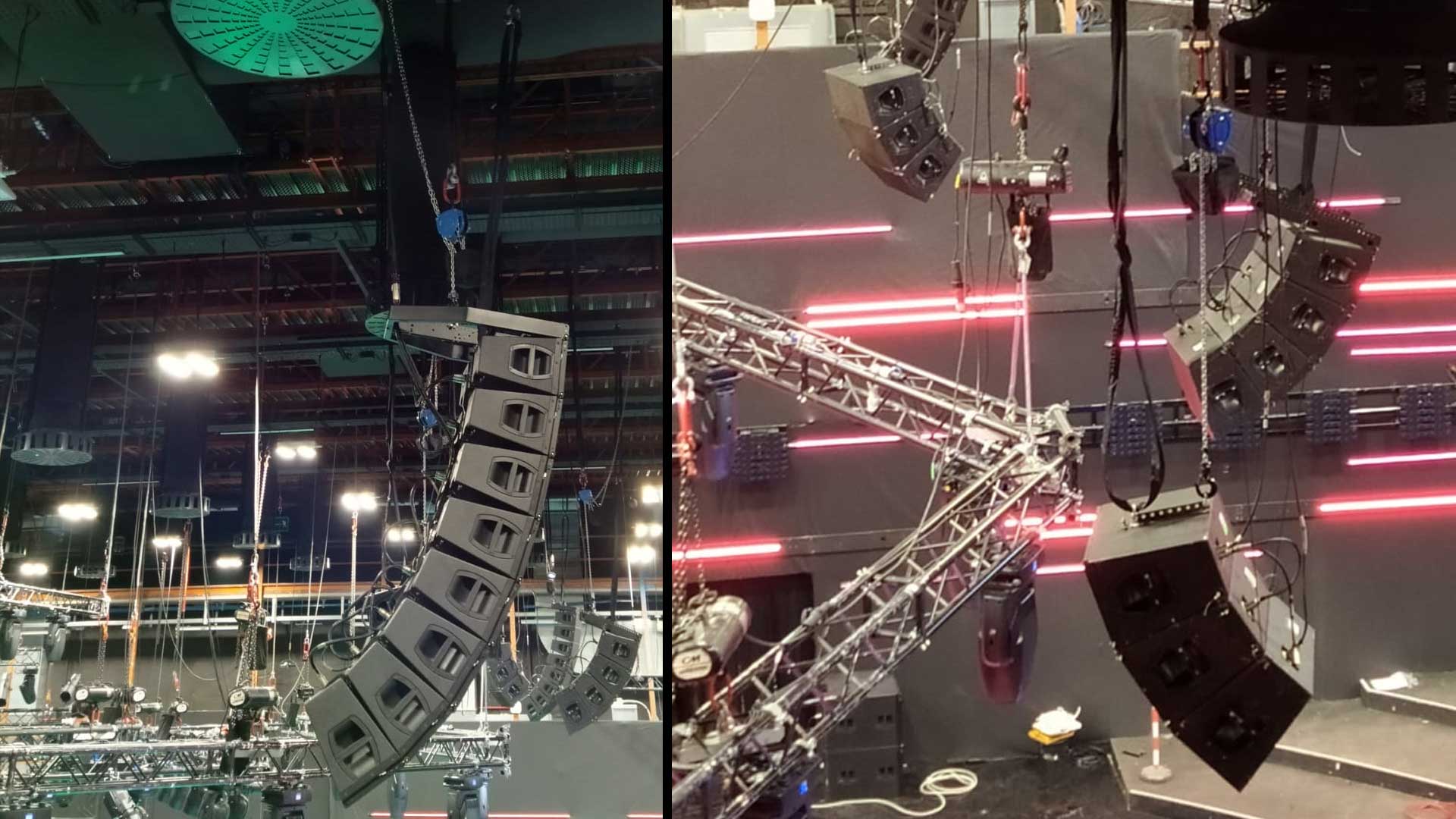