Starting in October to the first week of December, this year Eventi-X are delighted to have been the audiovisual service that provided all the technical direction for the Poste Italiane Tour. During the 6 different dates around Italy (Bologna, Roma, Assago, Napoli, Palermo, Venezia) we provided a team of twelve technicians: audio engineers, light designers, projectionist, watchout operator, electricians, rigger, video director and cameraman.  Using three fibre channels cameras we recorded the live event for every single date. Regarding the scenography, we constructed the big screen (with variable dimension and resolution) where we managed the video signal flow with a double Ascender 4k connected with four Barco video projectors, two watchout server and other video signals from PPT computers and mixer video FOR-A HVS-490. 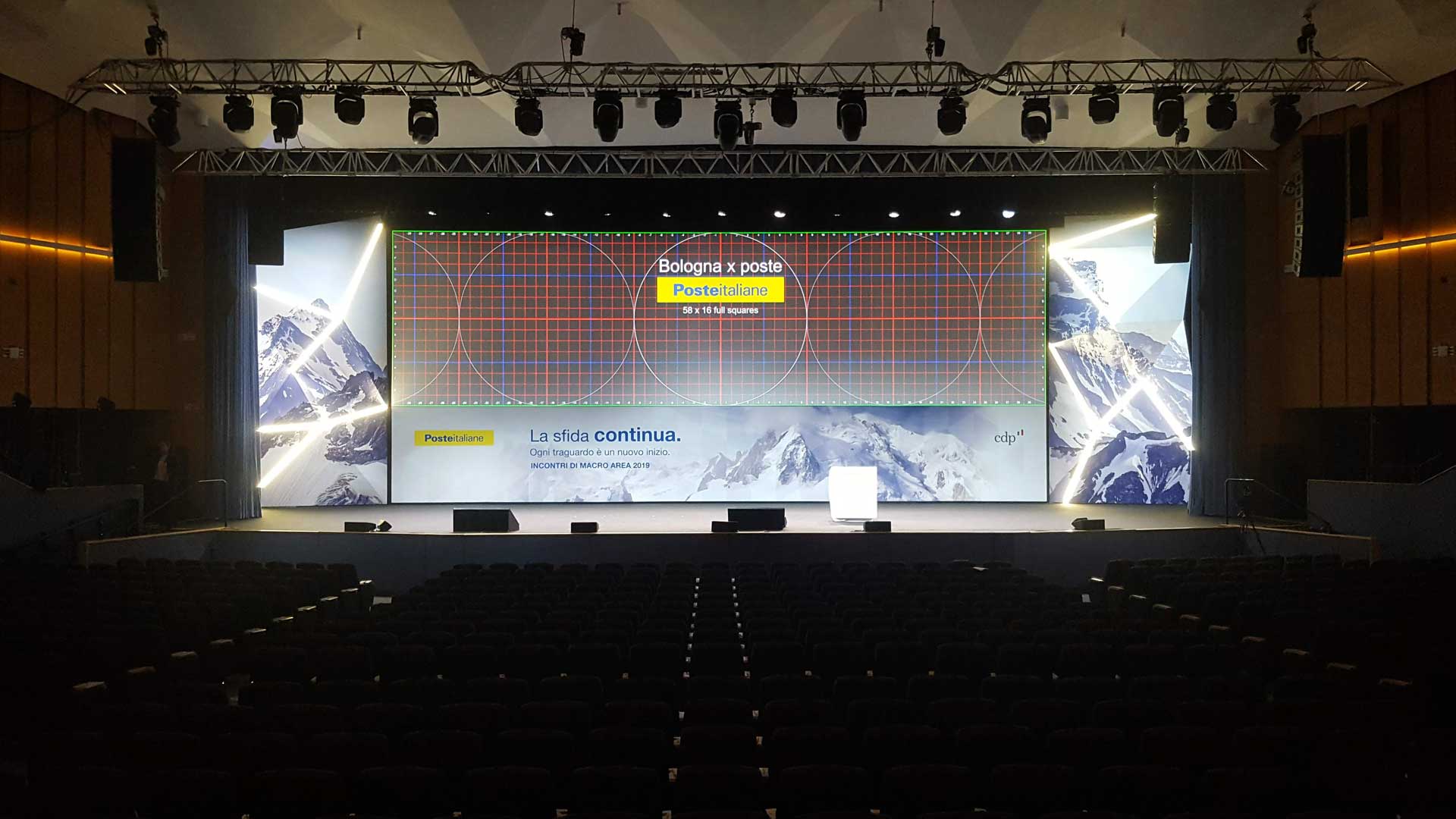 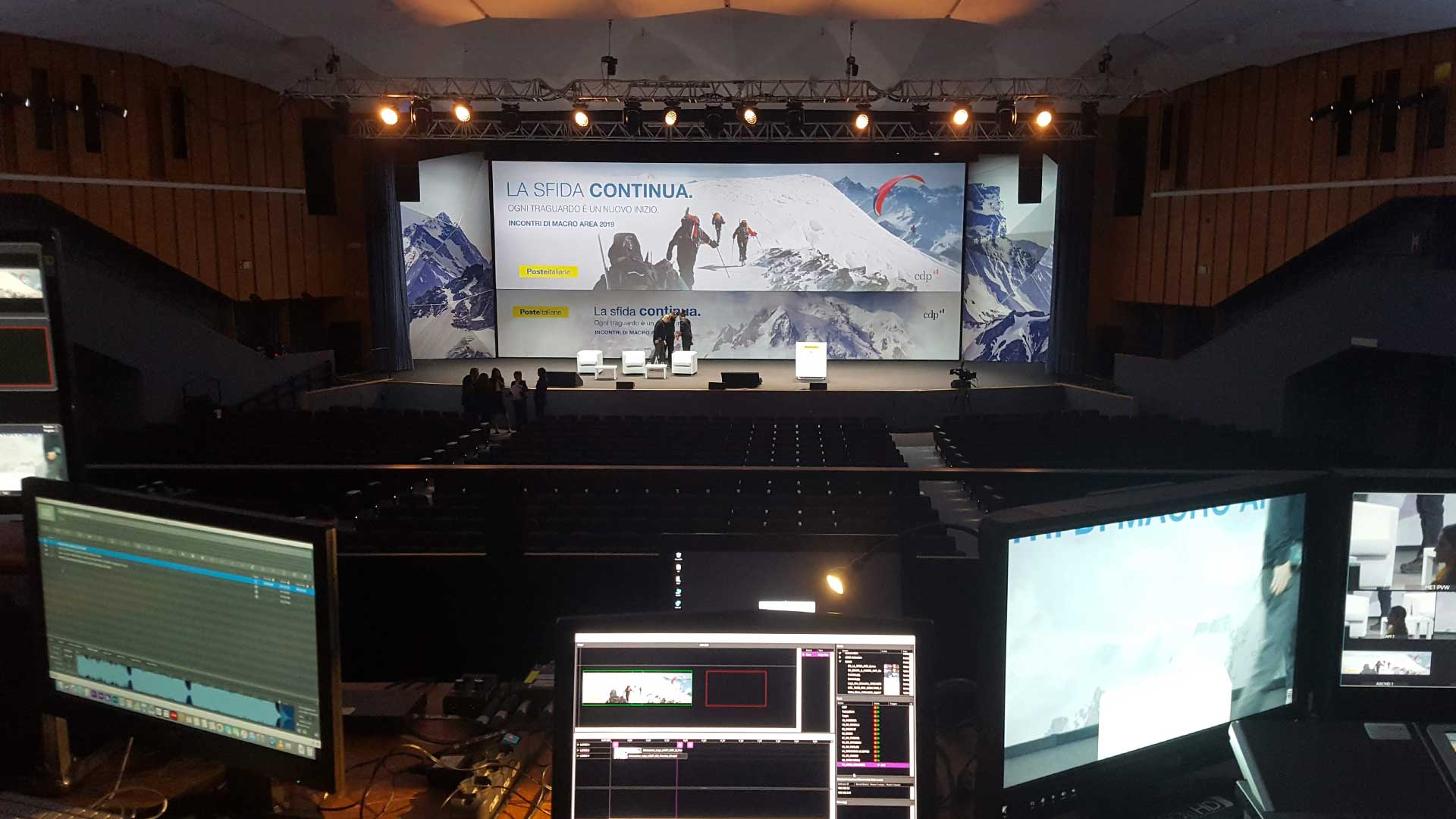 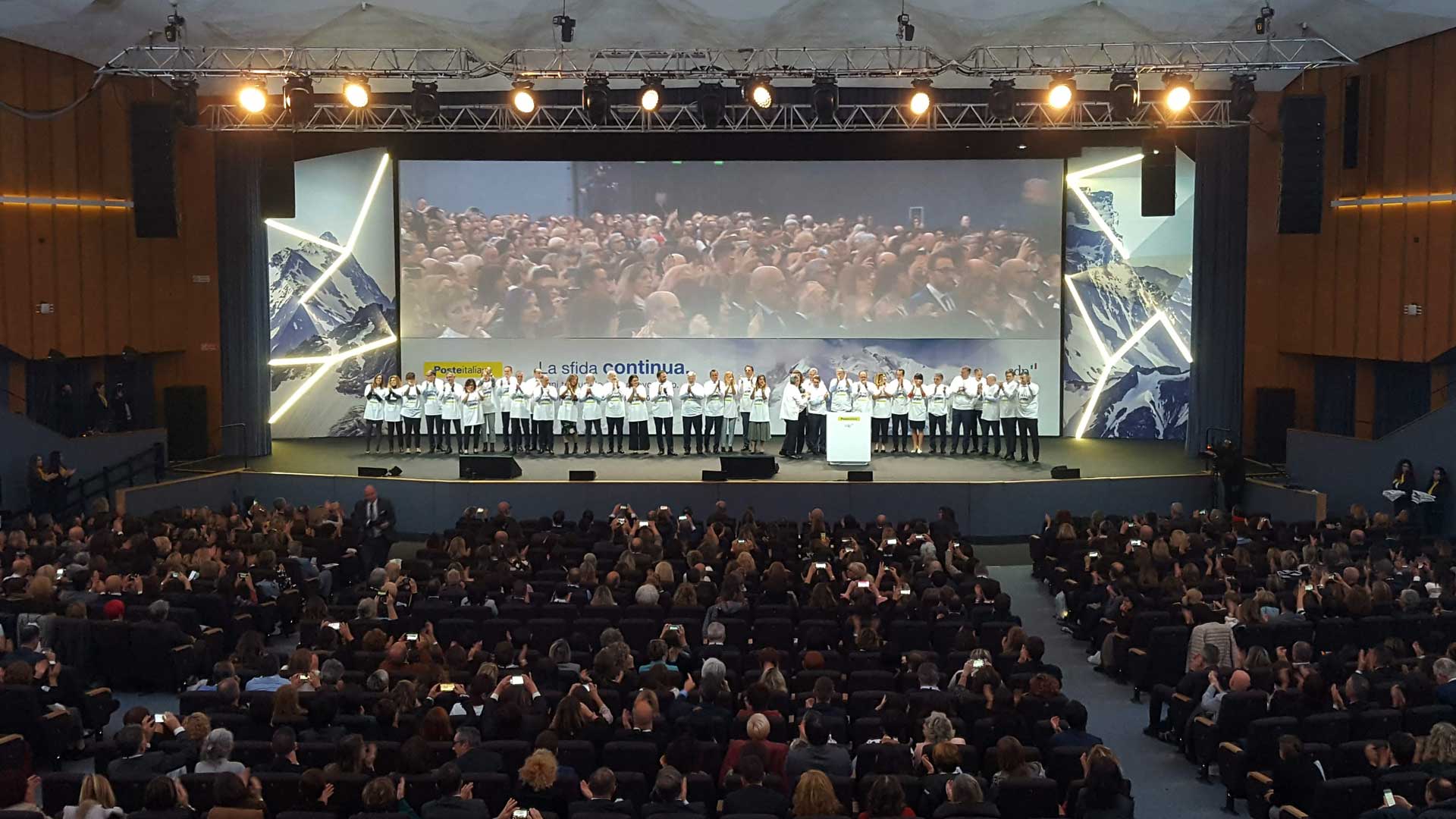 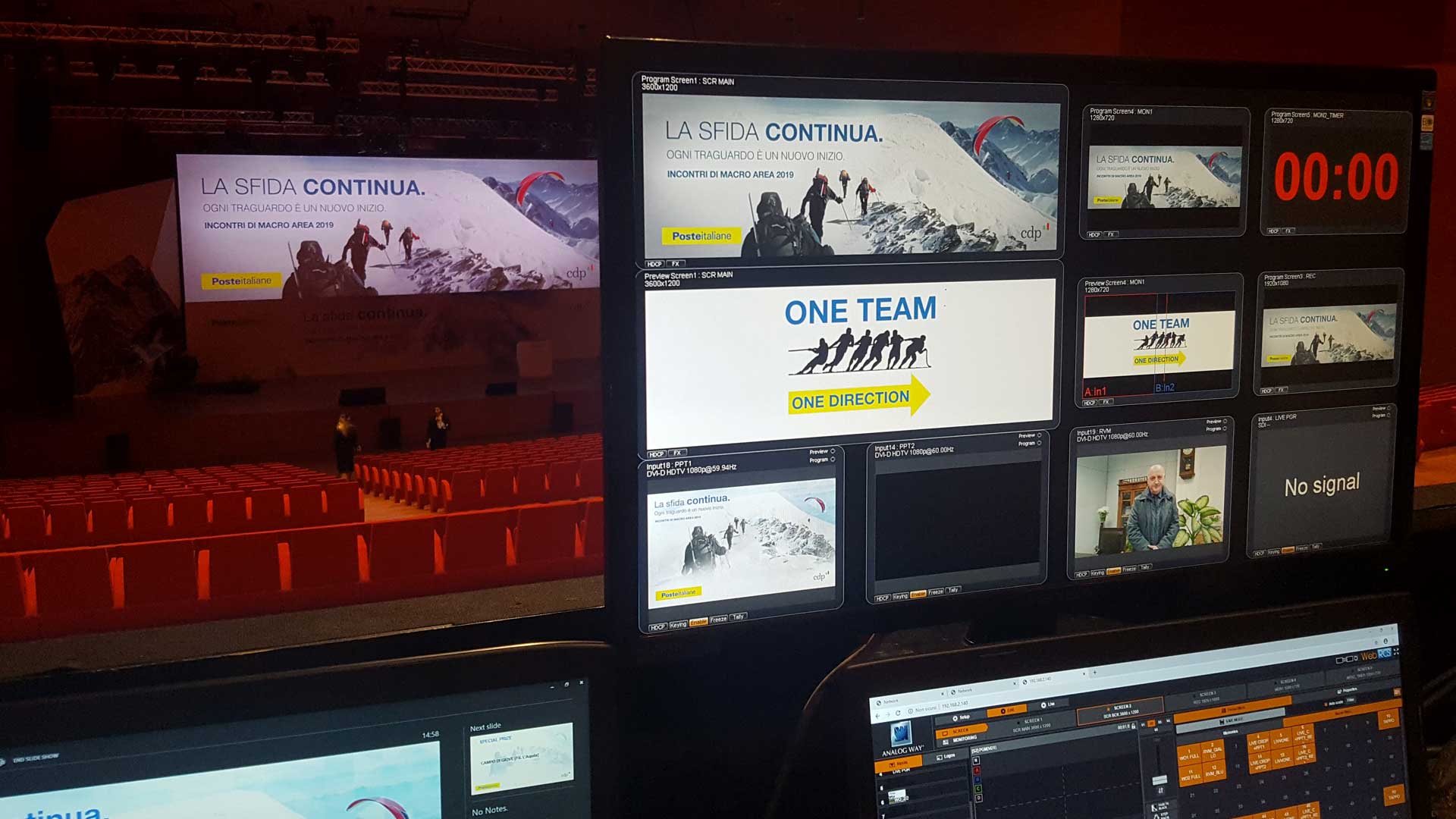 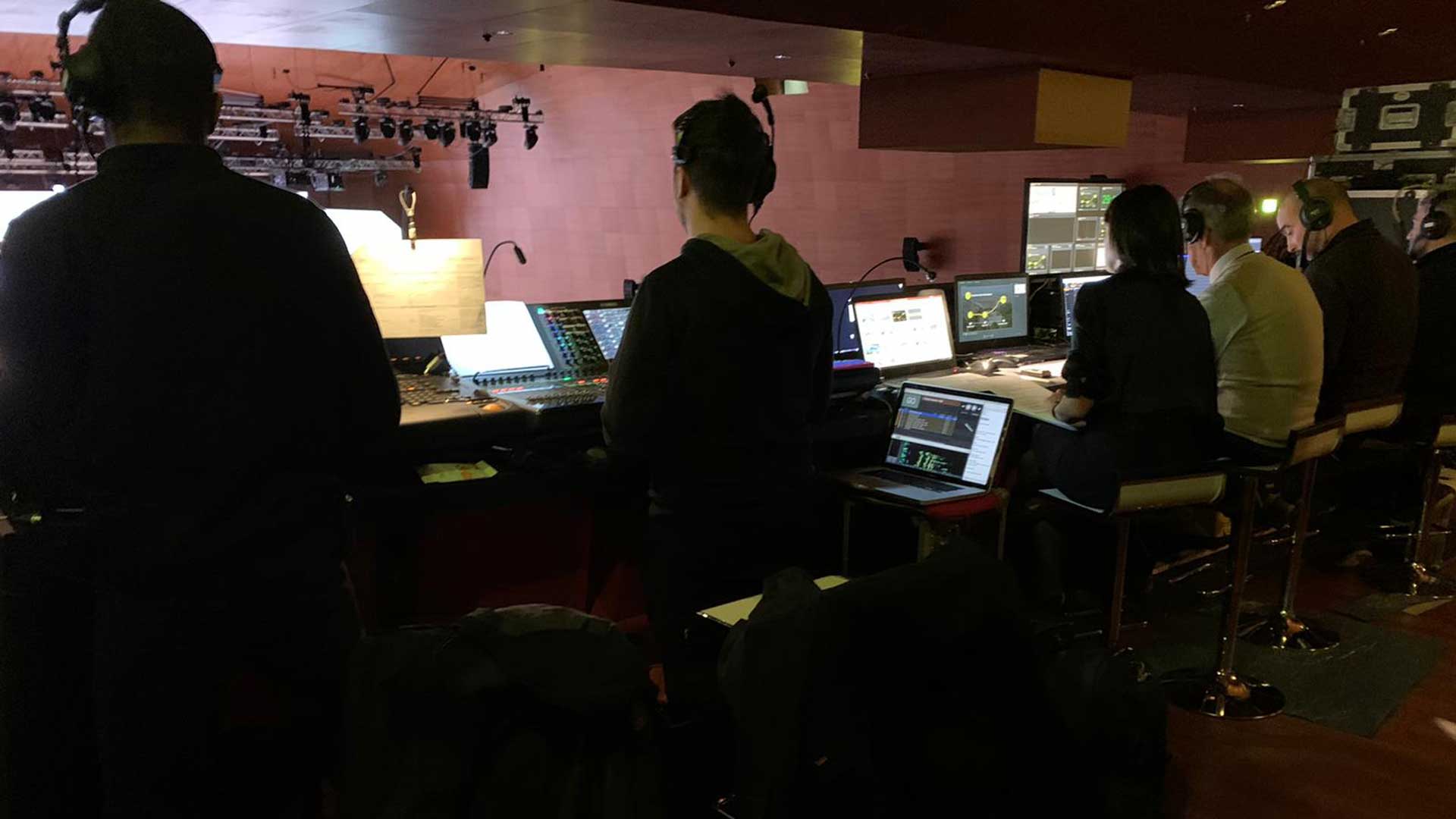 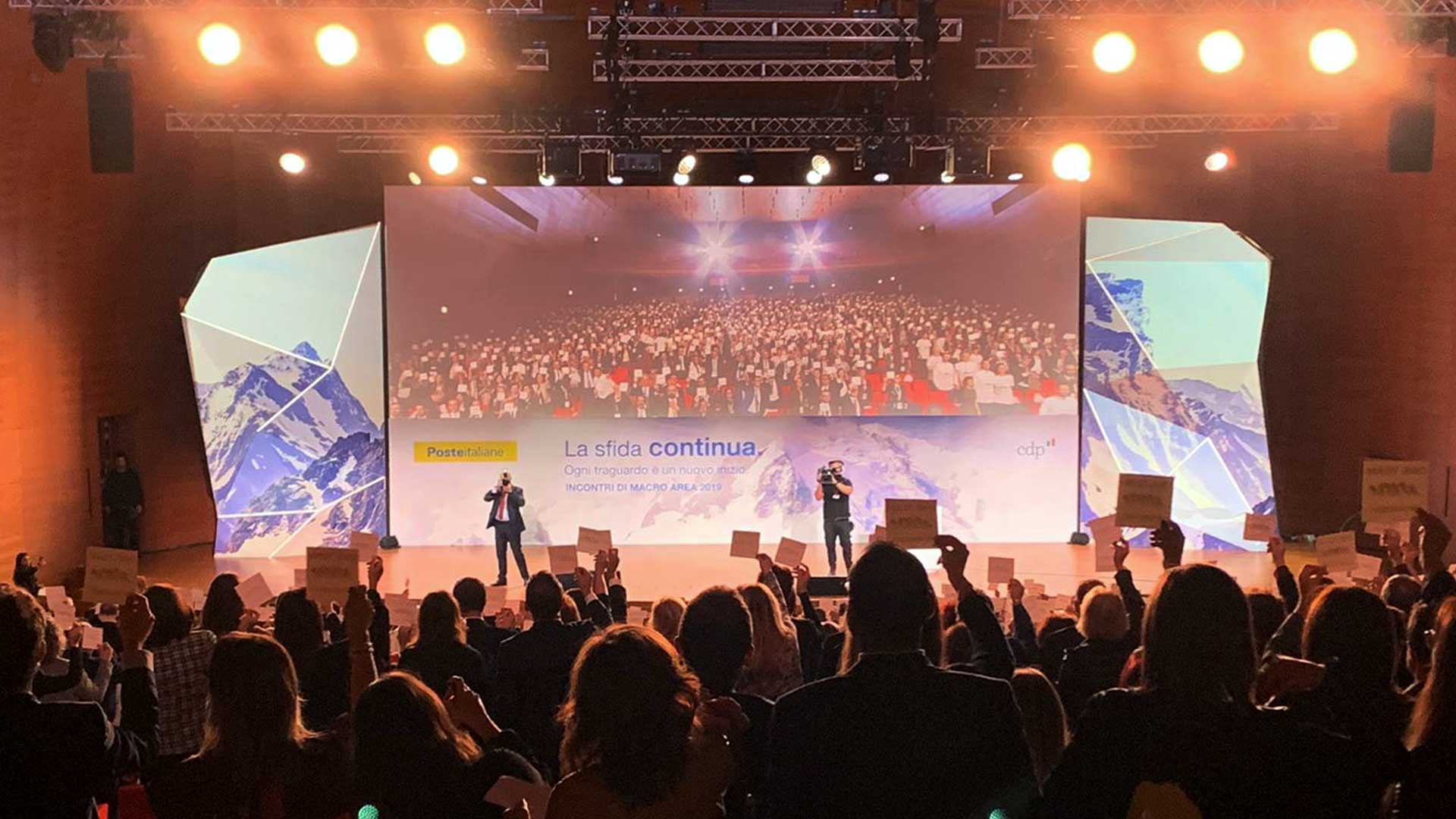 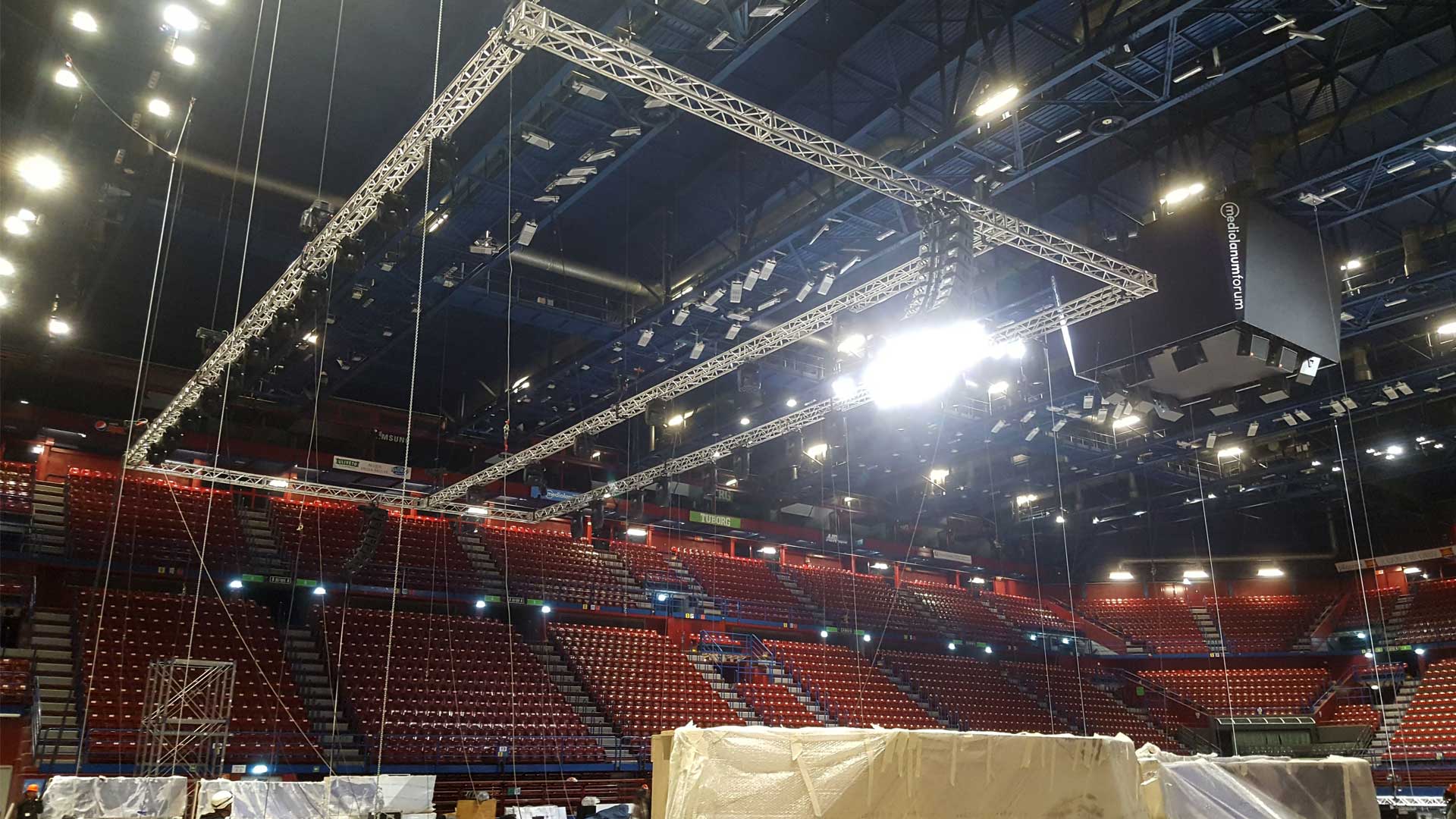 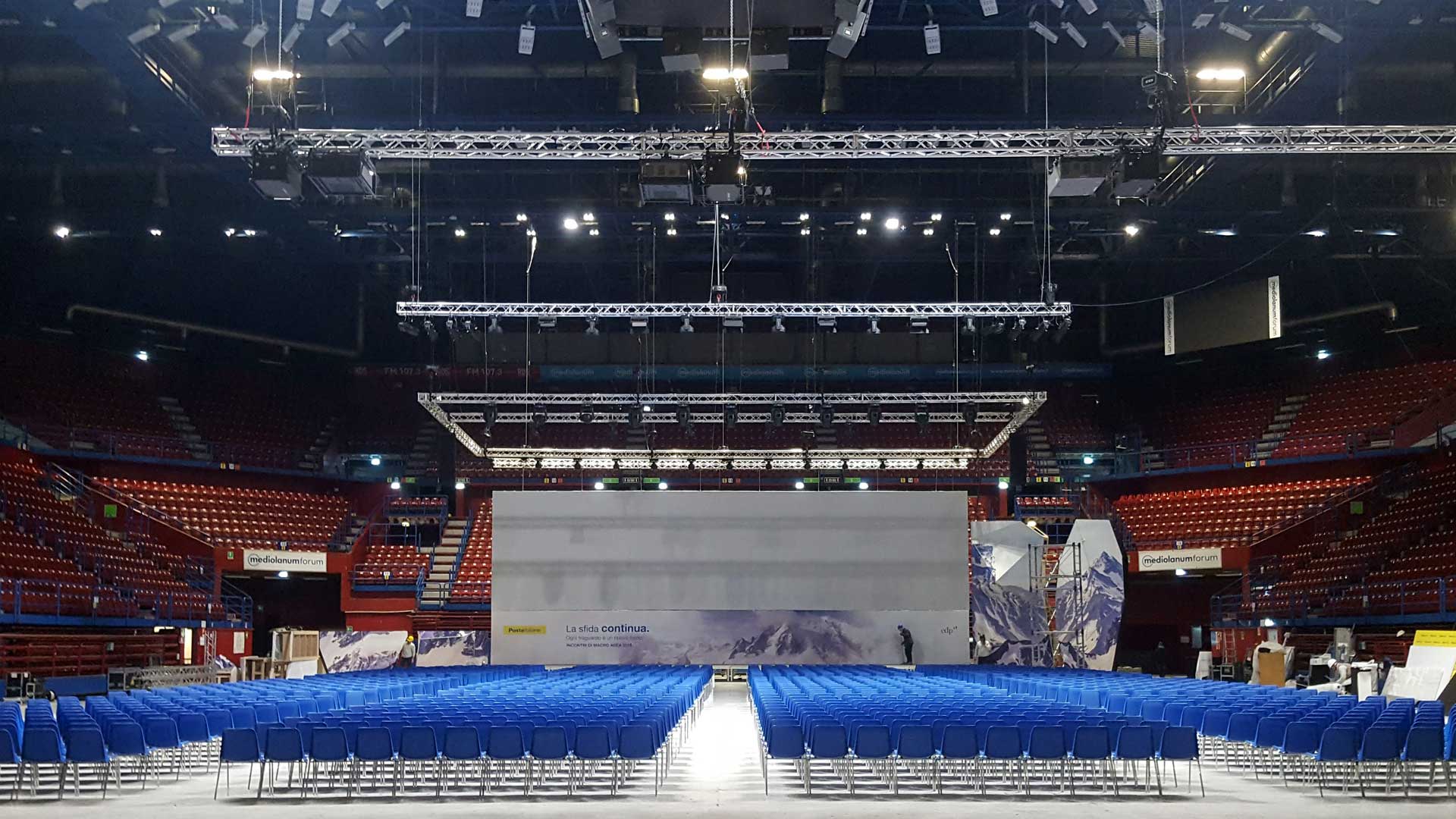 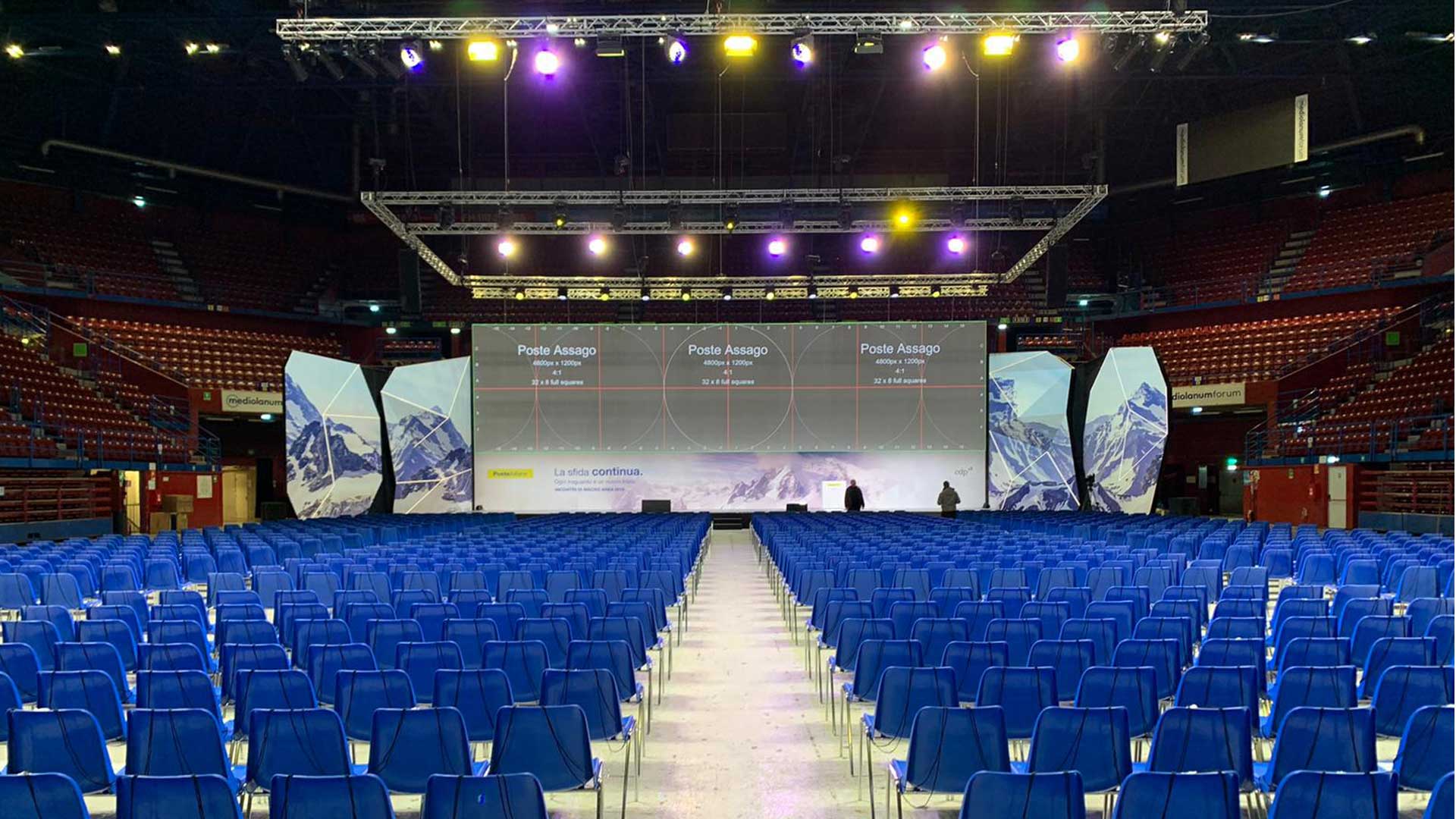 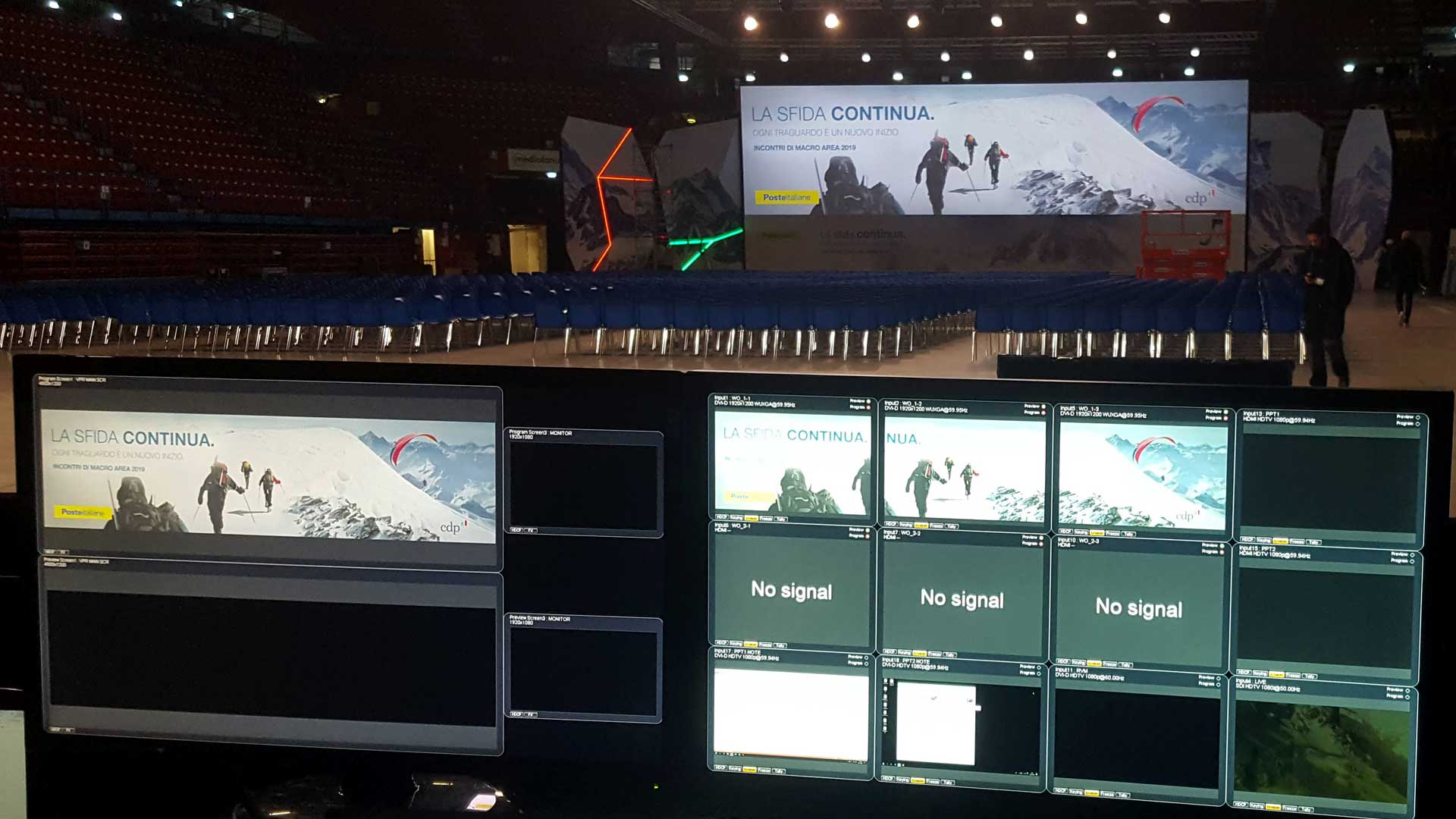 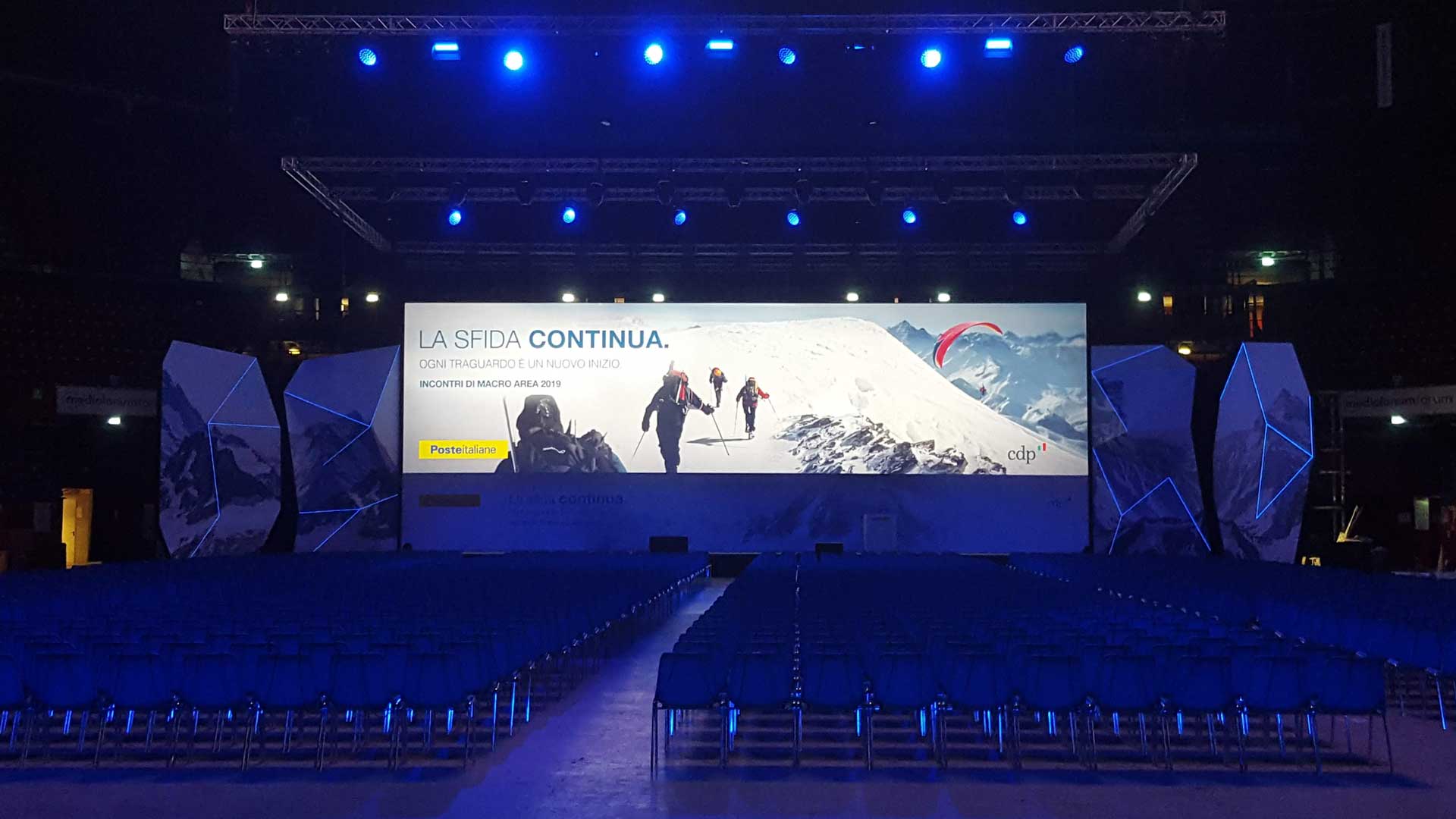 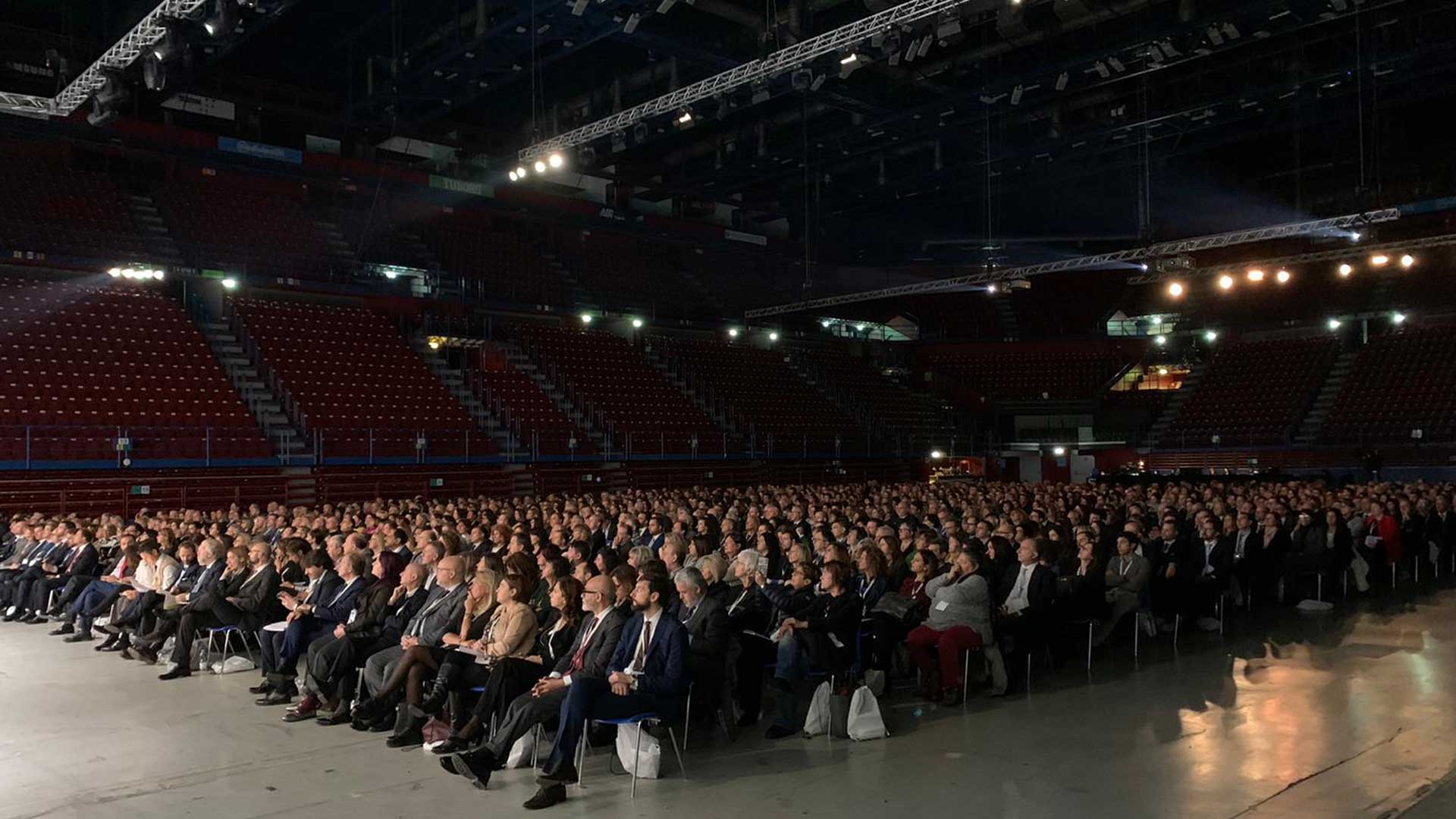 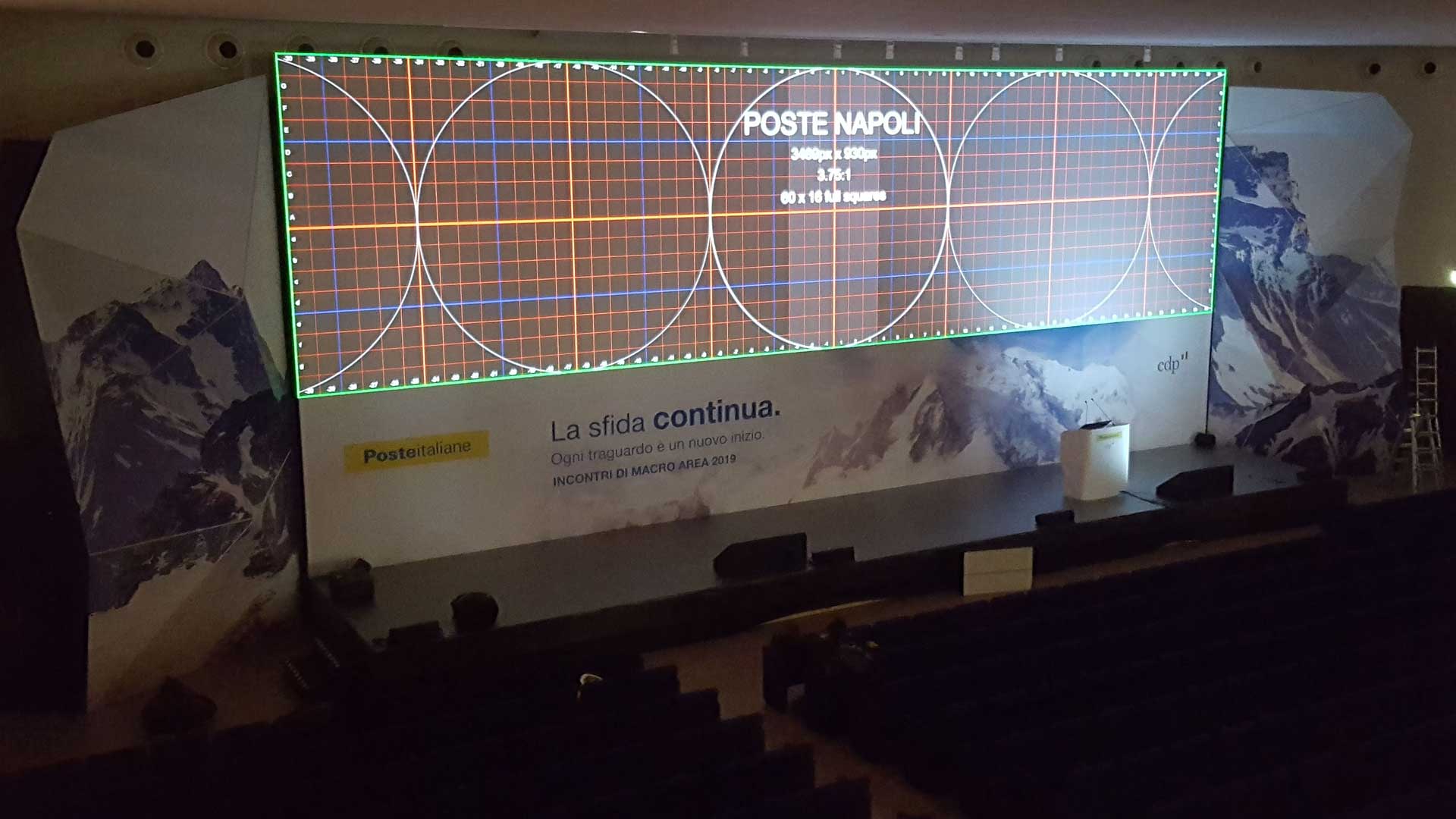 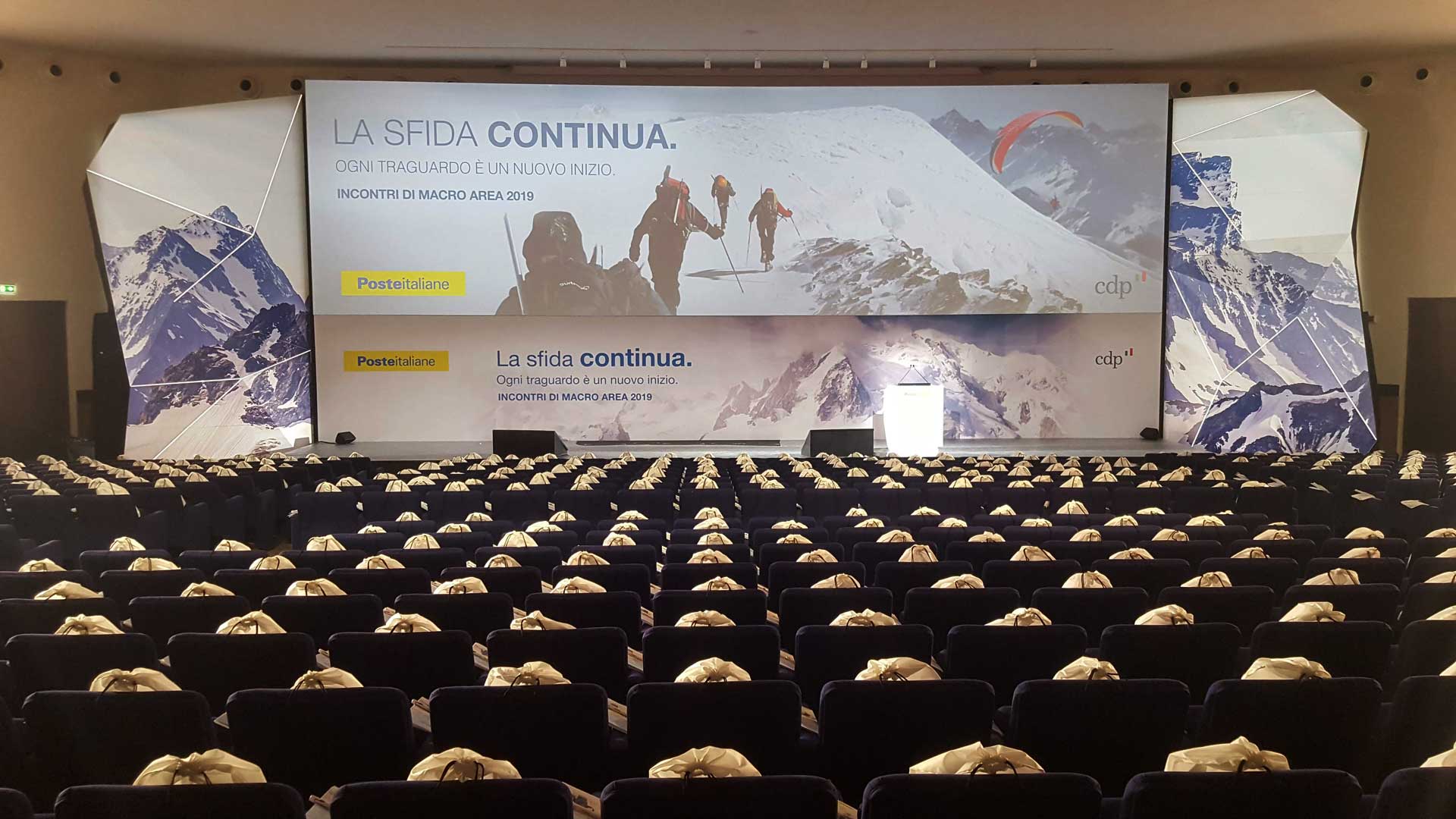 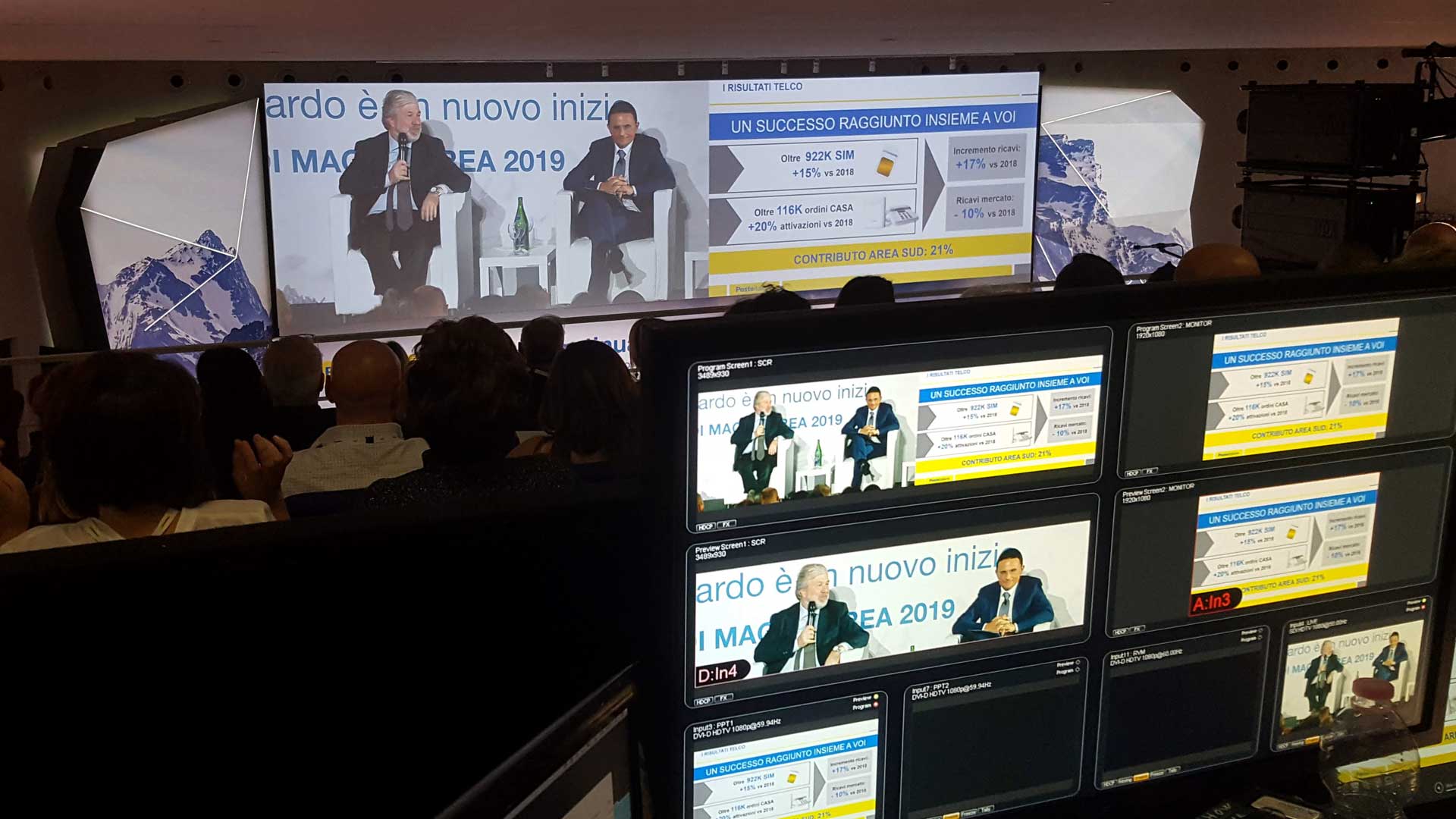 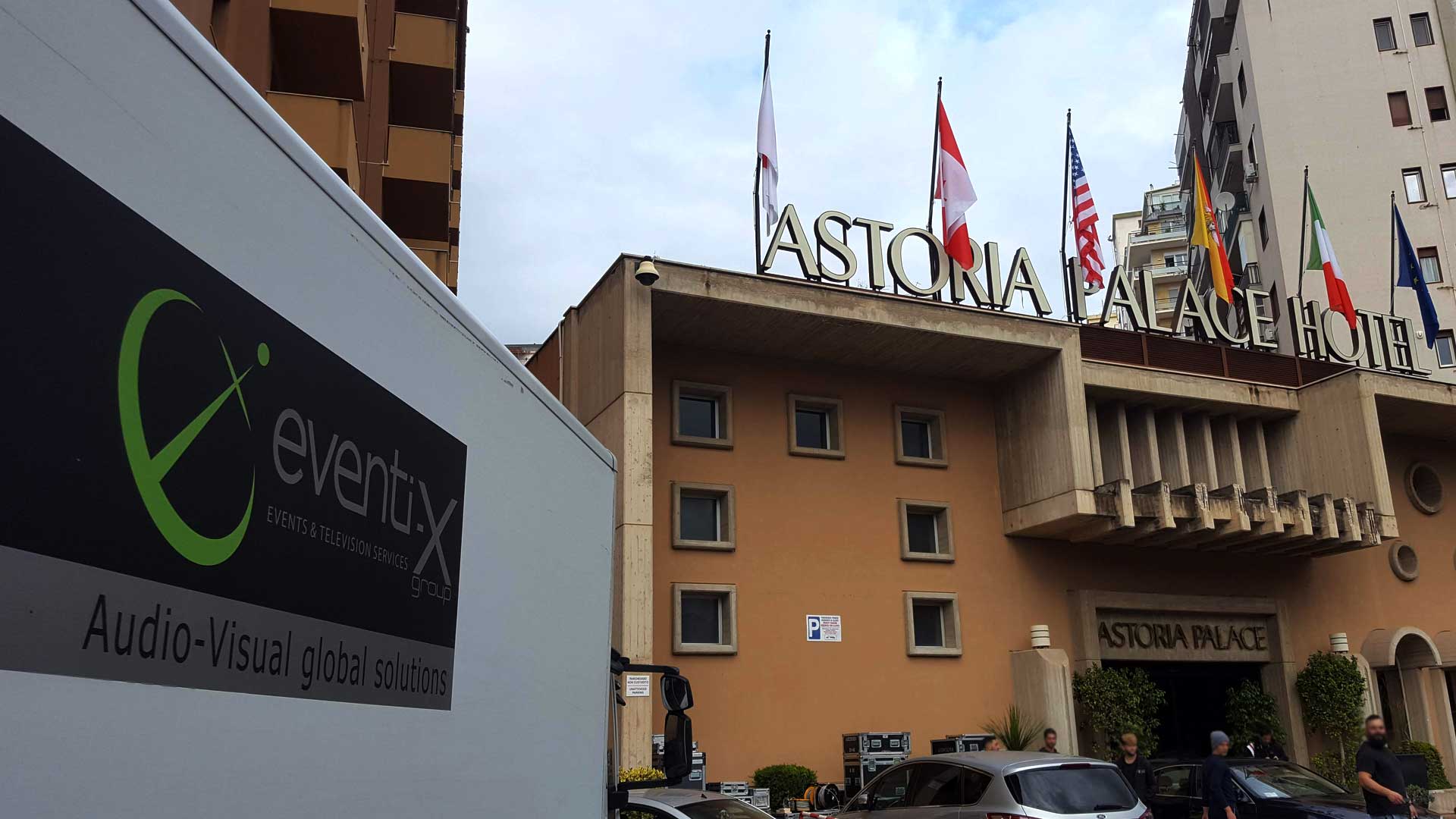 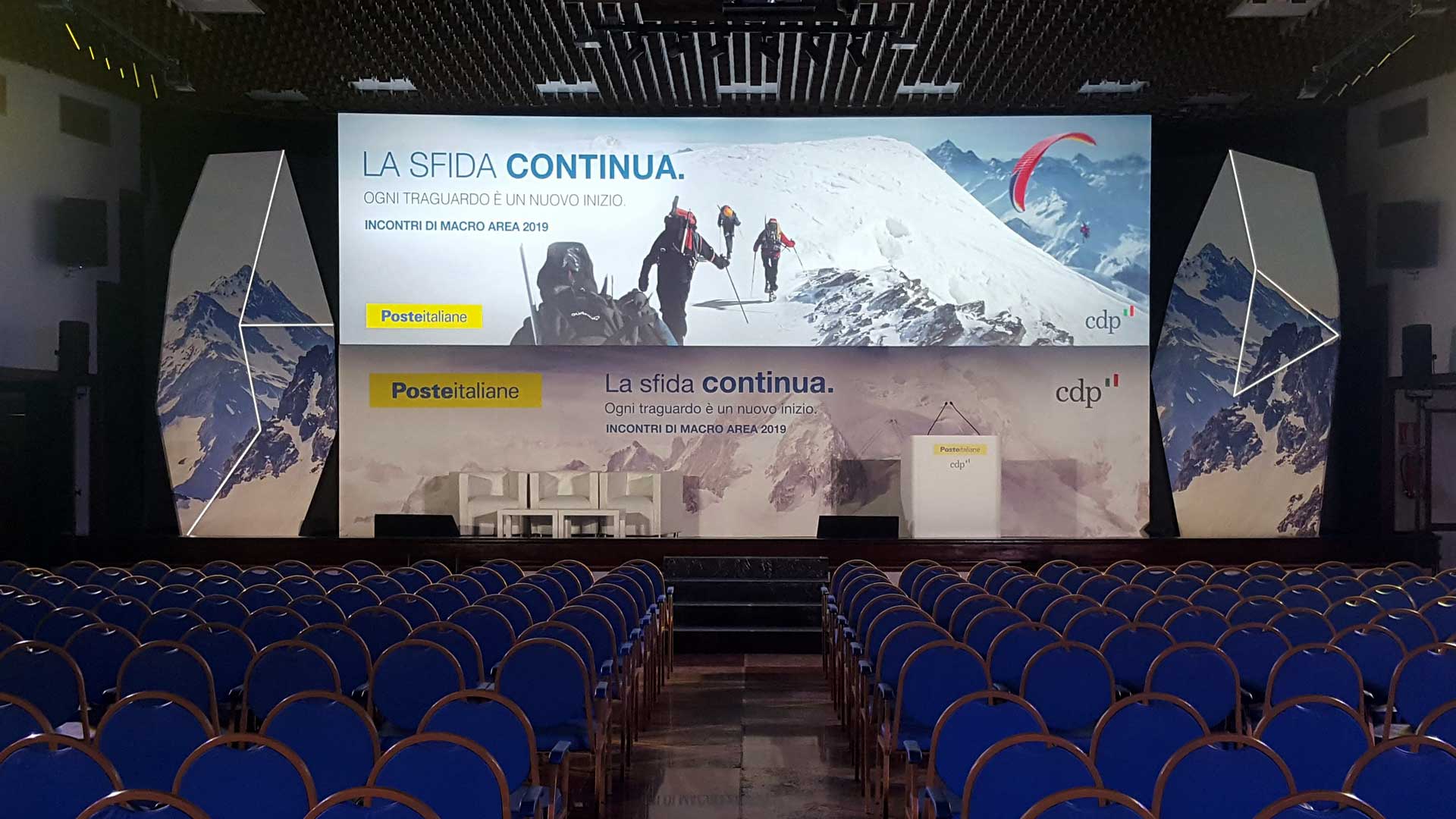 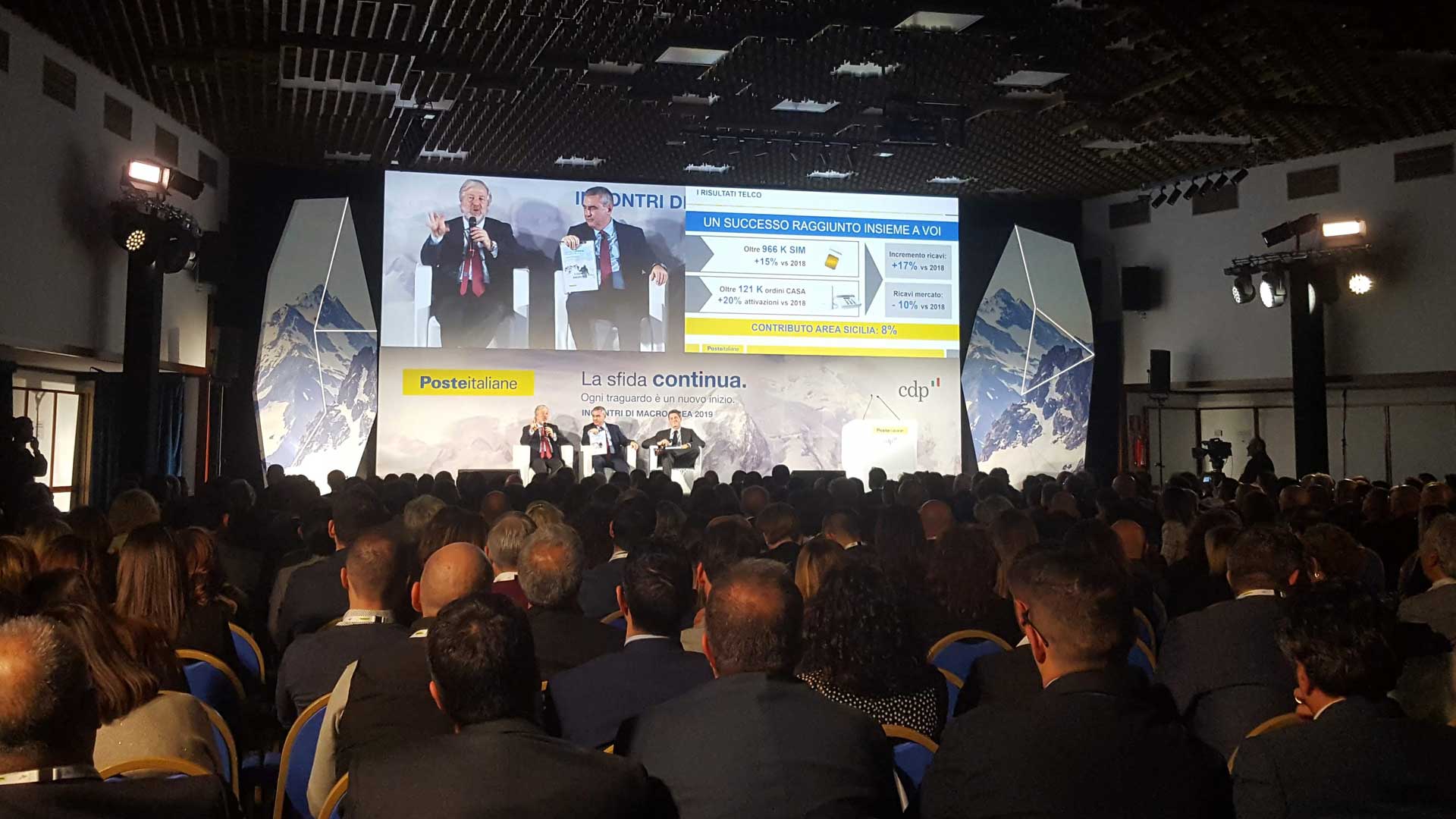 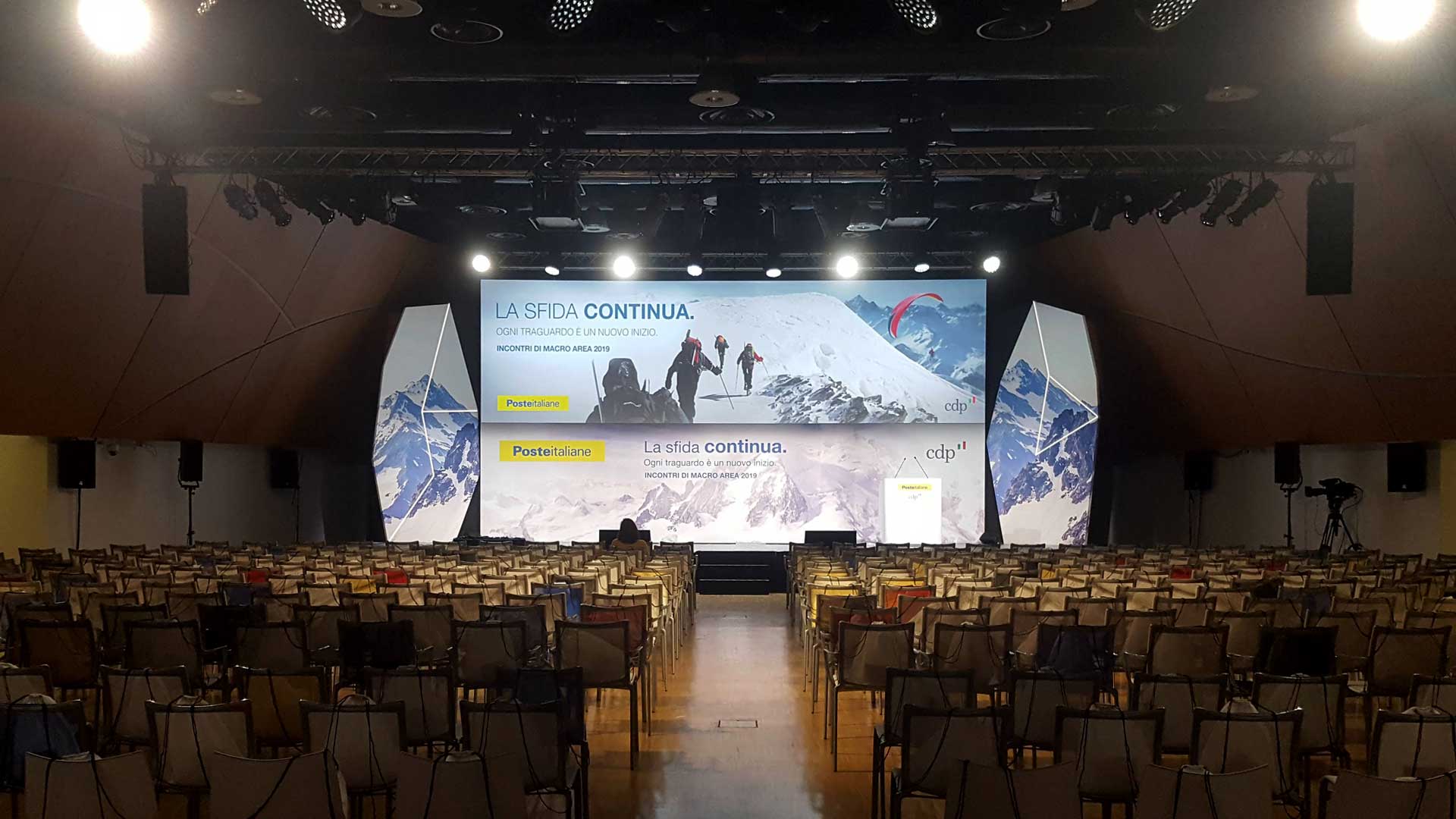 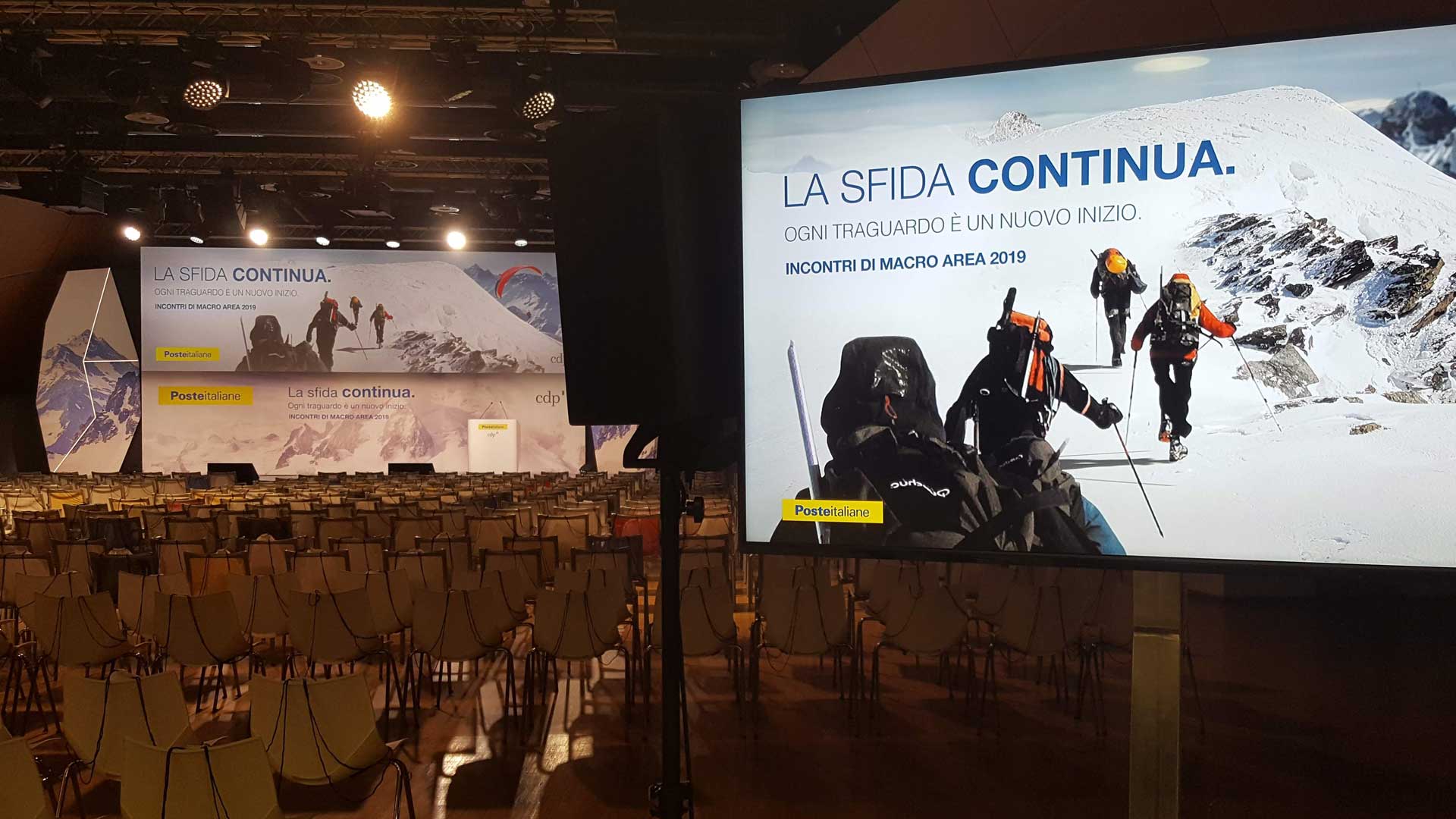 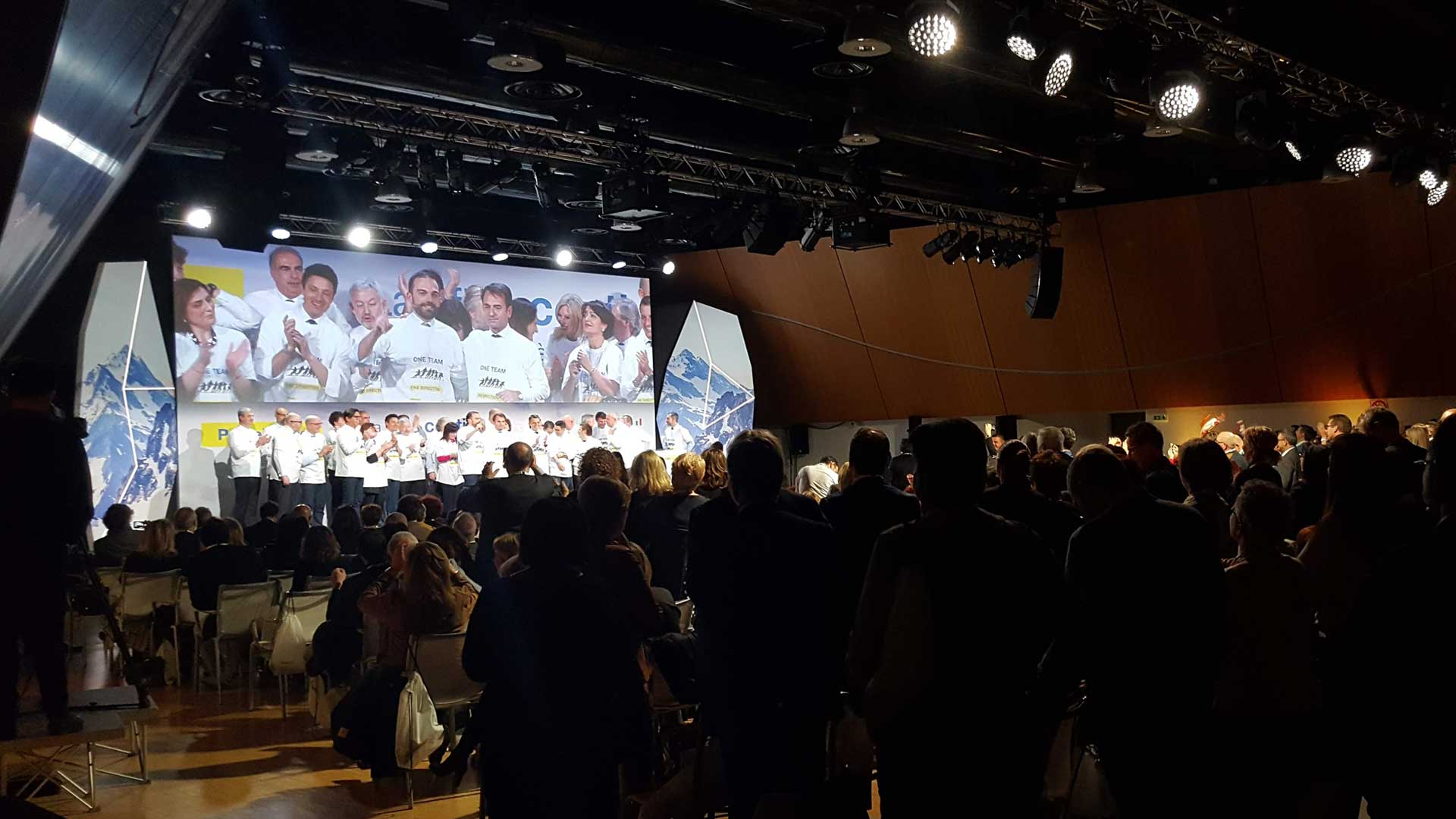