“Genitori in rete, consigli per figli social”,  is the educational talk show proposed by Operazione Risorgimento Digitale, the great alliance promoted by Tim and over 40 partners of excellence to combat the digital cultural divide in the country, as part of the “Month for network security” promoted by the Ministry of Education and by Generazioni Connesse  in collaboration with Telefono Azzurro. A great live event dedicated to parents, teachers and educators to promote the conscious use of the Internet in the family and beyond, broadcast on February 9 on the Repubblica website and on TIM‘s youtube channel.

A deliberately simple but visually striking scenography, characterized by the presence of an LED screen (10 × 3.5m) divided into two walls at a 90 ° angle which framed the driving element for the event: the content.

Three Sony HDC 1700 cameras connected in fiber were used for the video direction, while an Aquilon RS4 was used for the graphic direction and the new disguise VX 2 was broadcast. 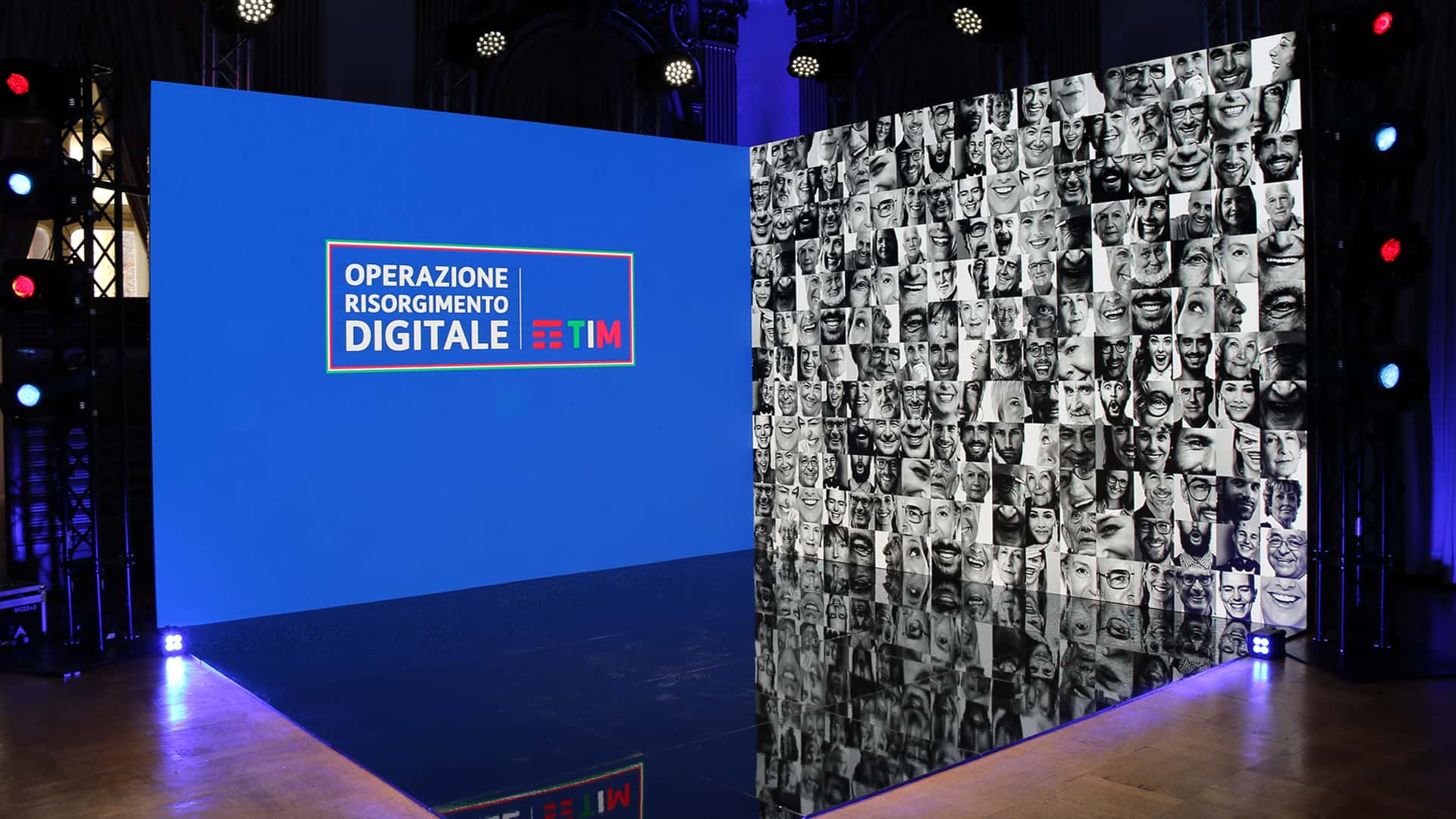 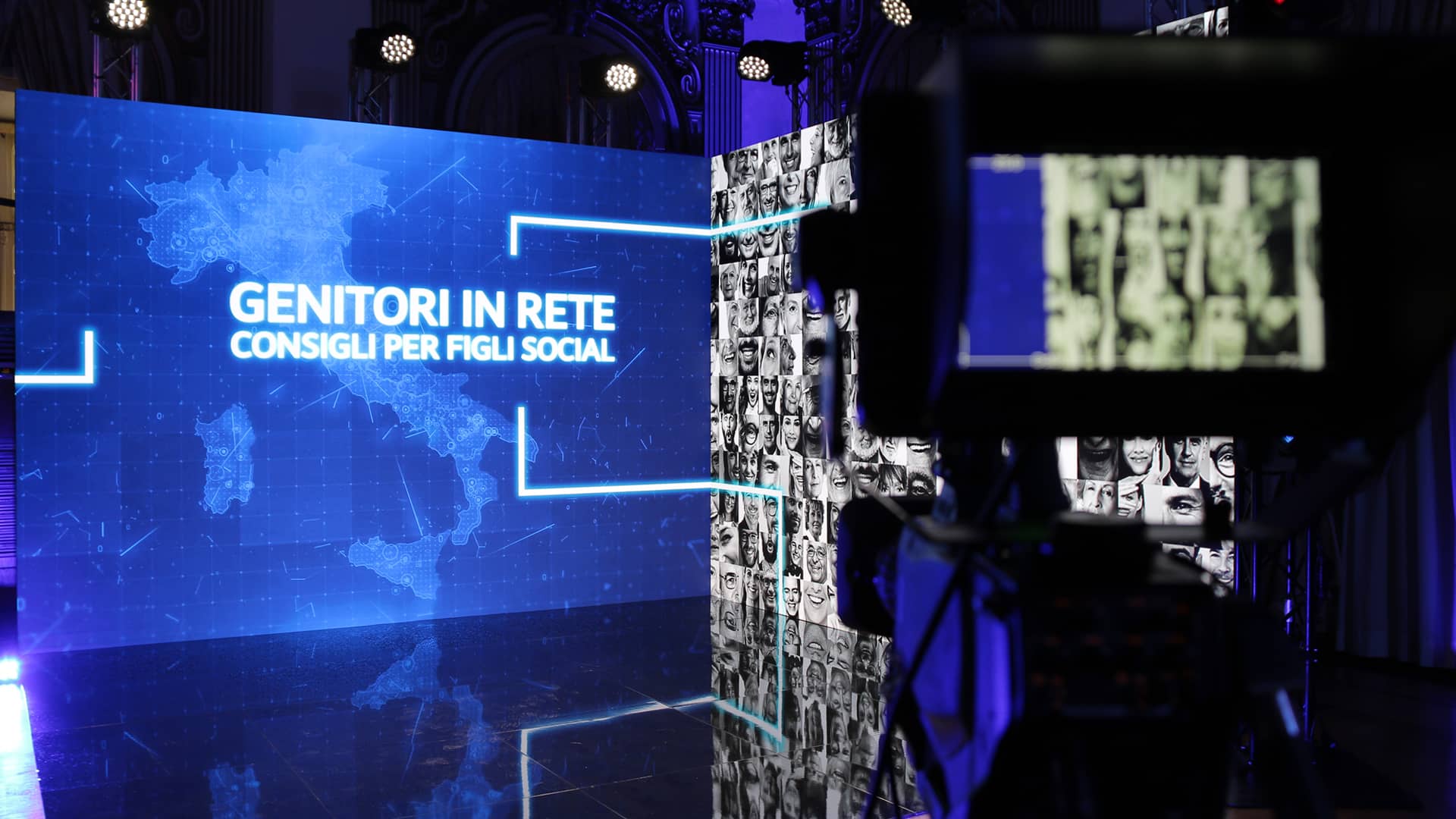 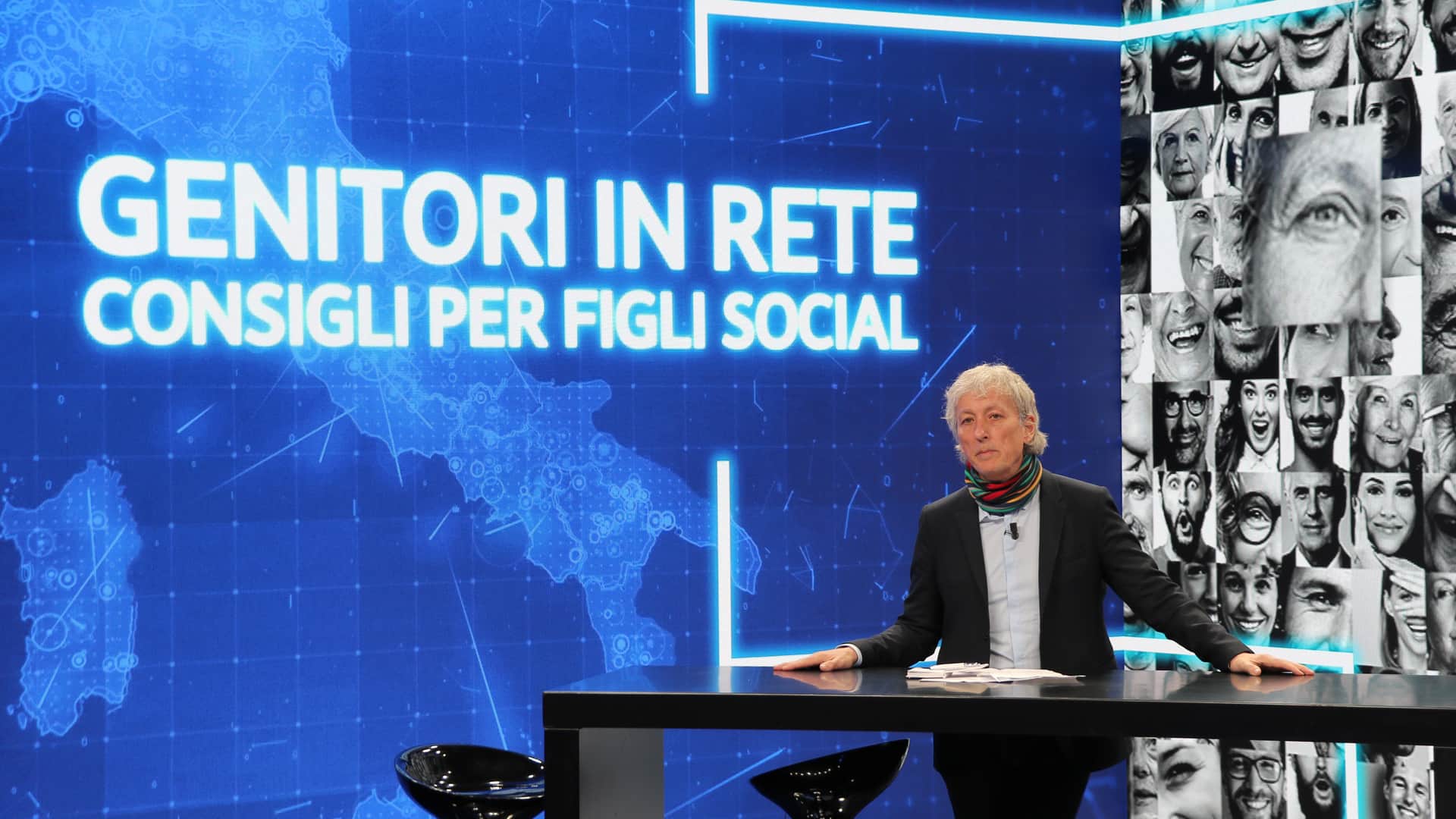 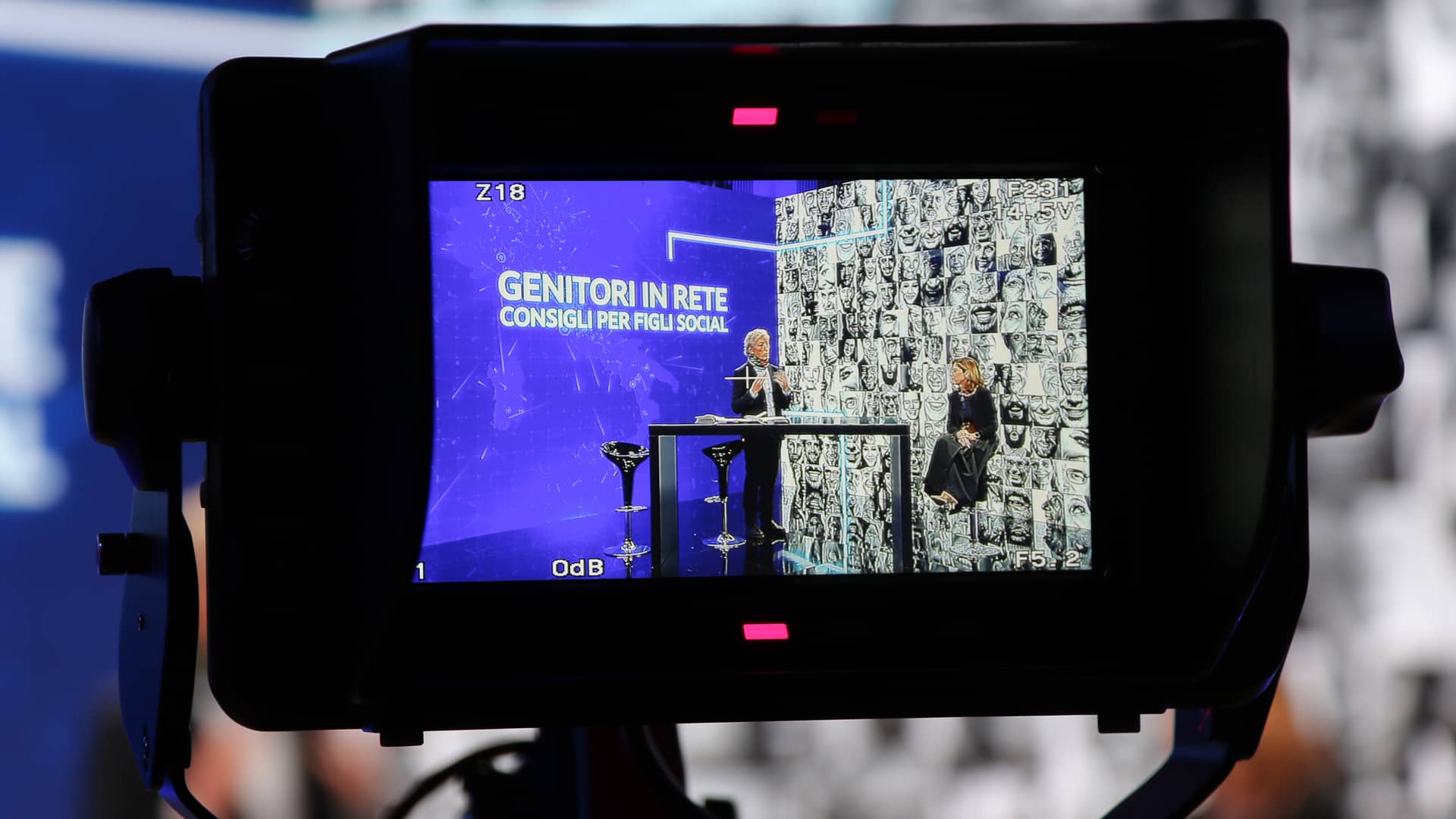 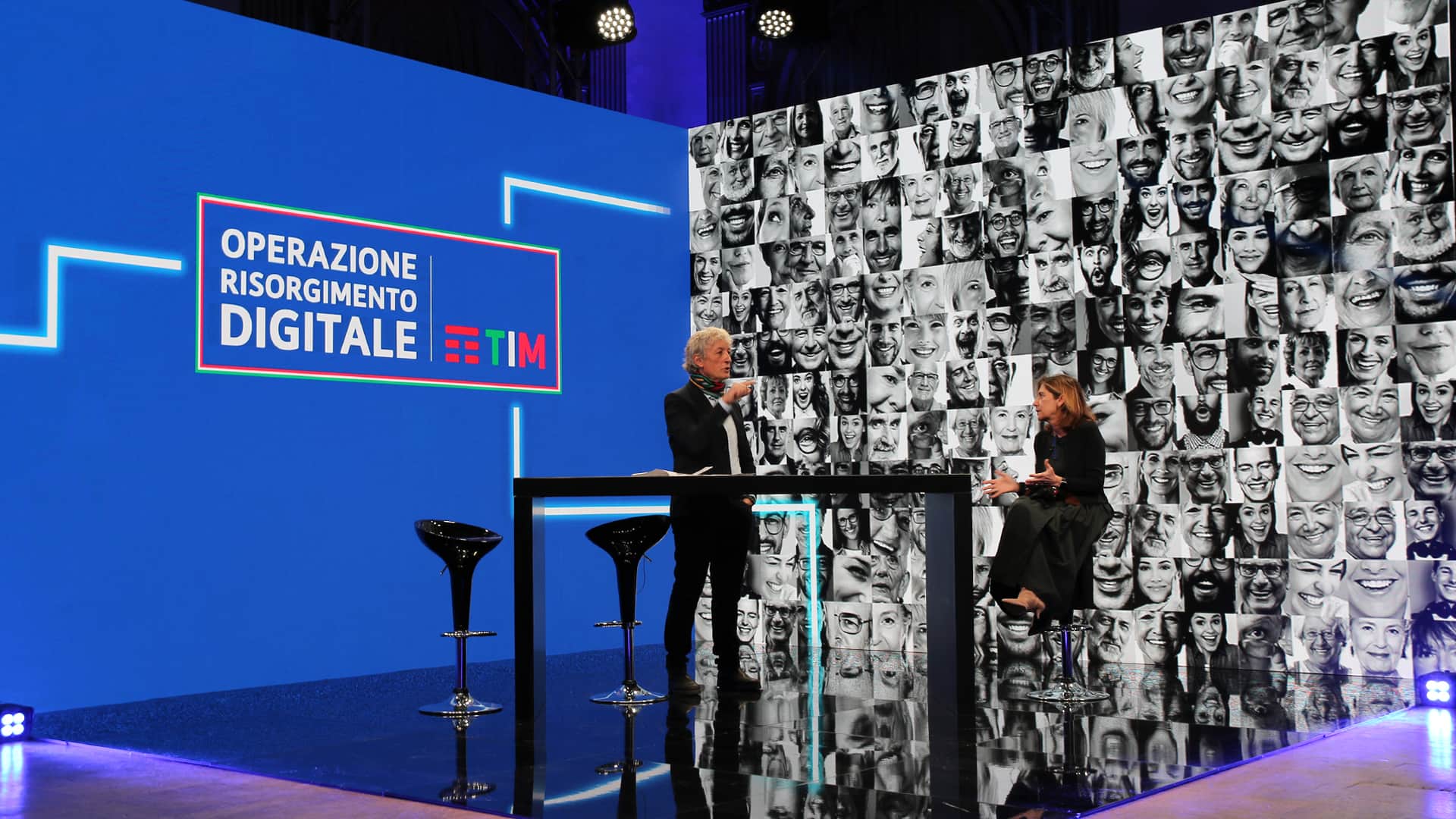 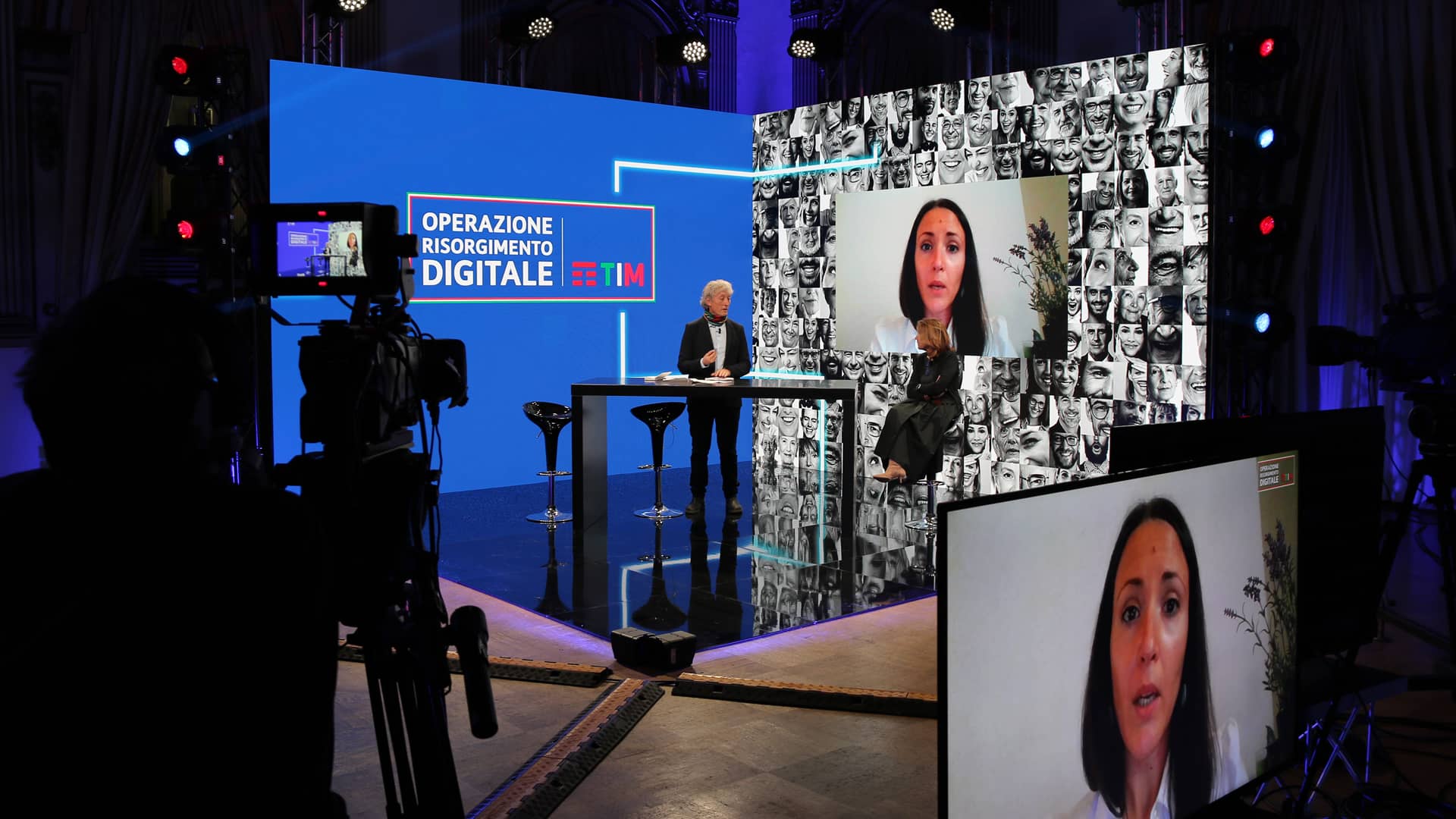